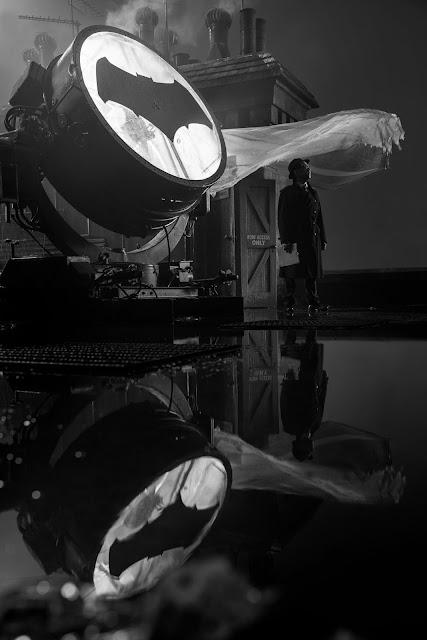 
Director Zack Snyder is celebrating Batman Day, by sharing these awesome pics from the Justice League set. Earlier this week he also released a photo of Batman, as the film gets ready to wrap in London. The top pic seems to hint at the scene reporters got to watch being filmed, when they visited the Warner Bros. studios in June (via Uproxx):

The scene we watched involved Batman, The Flash, Wonder Woman (Gal Gadot), Cyborg (Ray Fisher), and Commissioner Gordon (the newly buff J.K. Simmons, on his first day of shooting; he was wearing a trench coat, so we couldn’t see his new muscles).

Gordon has just lit the Bat-Signal, and when the scene we watched picks up, Batman, The Flash, and Wonder Woman have all arrived. There is talk of flying demons and how eight prominent scientists have been kidnapped in Metropolis and how they needed to get there soon. There’s also talk of an abandoned underground tunnel that connects Gotham to Metropolis (we visited that set, more on that later). At this point, Cyborg shows up to proclaim it’s now nine scientists and that he’s there to join the team. (Wonder Woman seems especially pleased by this, suggesting that she had tried earlier to get him to join and he had declined.)

At this point, The Flash (who is obviously going to be the comic relief of this movie, something BvS didn’t have) mentions that with Cyborg here, they wouldn’t all fit in the car. Batman says, “I have something bigger,” and Batman, Wonder Woman, and Cyborg all turn around and walk off into the night. Commissioner Gordon, who is still talking, turns around and is surprised they are all gone. The Flash is still there, who points out, “Wow, they just left like that, didn’t they? That’s rude.” 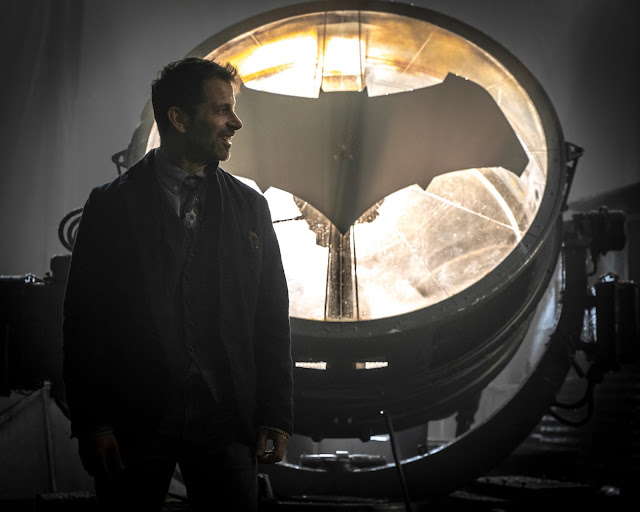 Email ThisBlogThis!Share to TwitterShare to FacebookShare to Pinterest
Labels: In Production, Justice League