Happy Birthday to both Badongo and Indigo who are father and Son at Durrell Wildlife Conservation Park and share today as their birthday! Follow this link for more info www.durrell.org/gorillabirthday #Durrell #CavillConservation
A video posted by Henry Cavill (@henrycavill) on Sep 27, 2016 at 3:34am PDT


Two members of Henry's adopted gorilla family at Durrell Wildlife, are celebrating a birthday. And now that he's on social media, he didn't miss the chance to send his birthday wishes to Badongo and Indigo on his Instagram and Facebook accounts.

He also shared an update on cavillconservation.com, where you can learn more about the gorillas and even gift them something today! -- READ HIS POST.

We'll share pics of our favorite part -- the gift unwrapping! -- when they are posted by Durrell. 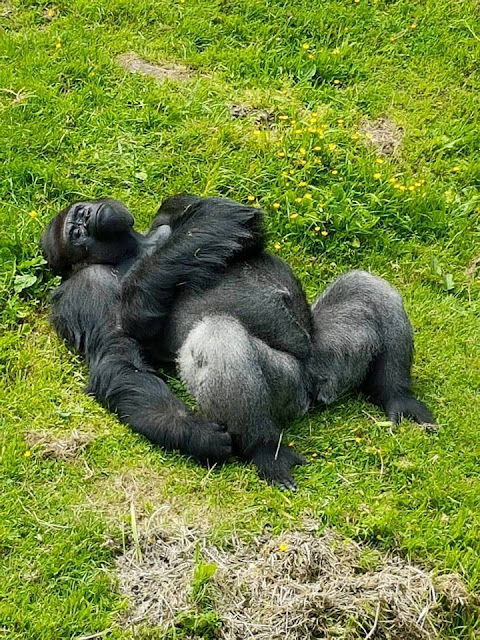 via Durrell's "Adam:"
"I’ll leave you with a picture of Badongo looking very tired and very full after all the presents he has had. Thank you."
Posted by Blog Administrator