Henry "About To Get Very Muddy" Two Weeks From Today! 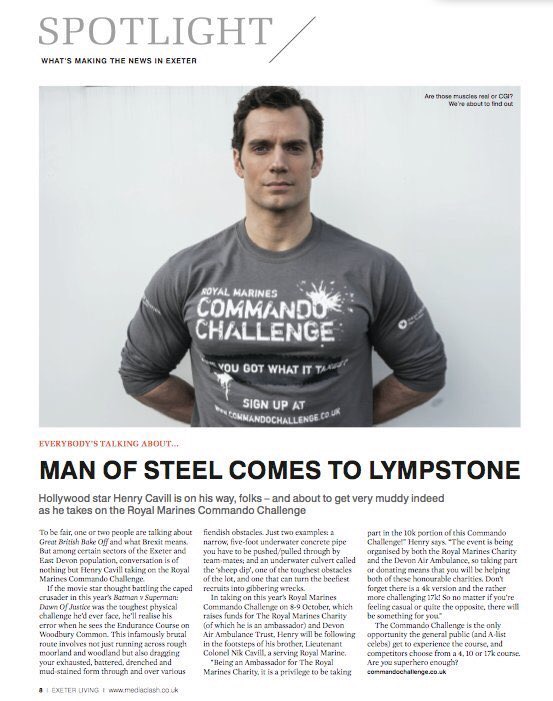 "Put a massive photo of Henry Cavill in the magazine? Oh well, if we must..." @RMCdoChallenge #Exeter pic.twitter.com/9fkSwbYv7C
— Exeter Living (@ExeterLiving) September 24, 2016


Exeter Living magazine, has given us a preview of their article about Henry's participation in the Royal Marines Commando Challenge. They highlight the conditions he and the rest of the competitors will be facing, including those muddy obstacles that are a key part of the race.


We get to cover it for you! -- Look for updates from Woodbury Common two weeks from today.

You can still join Henry in the 10K run on Saturday, October 8th. But there are several other options, including runs the next day. What we would really like to do, is help Henry get to his fundraising target, because it will partly benefit The Royal Marines Charity which he represents.

We're also running a contest, to win an exclusive Commando Challenge t-shirt like the one Henry is wearing in the pic. All you have to do is leave a question for him in this post.

We hope you're ready Superman!