And the BIG surprises keep coming!, first we got the news that Henry is on the cover of this week's Entertainment Weekly, and now we hear he's going to be presenting at the MTV Movie Awards this Sunday. The news broke when reporter Katie Krause took this pic of the seating chart, after mentioning Henry in a tweet. MTV now lists Henry on its list of presenters. Could Warner Brothers be planning a special reveal, possibly a Man of Steel clip??? - we'll have to wait and see. 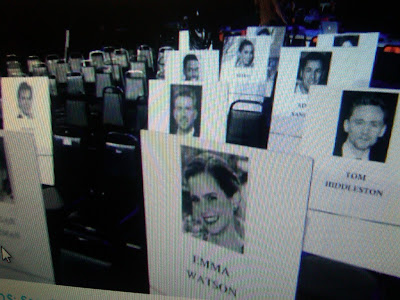 Eonline has posted a video of the seating chart - Henry is right by Chris Evans aka Captain America, and next to him is Loki!! - Ohhh.. this is gonna be good!


Look for complete coverage on that night (@ 9/8c). We'll be posting the first pictures and videos as they come in!
Posted by Blog Administrator