After months of waiting for information to trickle in regarding Man of Steel, Warner Bros. has finally started its big marketing push for the film.. and we LOVE it.

First we got static and a message to decipher. Now the billboards have begun popping up. And they come with a threatening message for Superman. Read all about it. 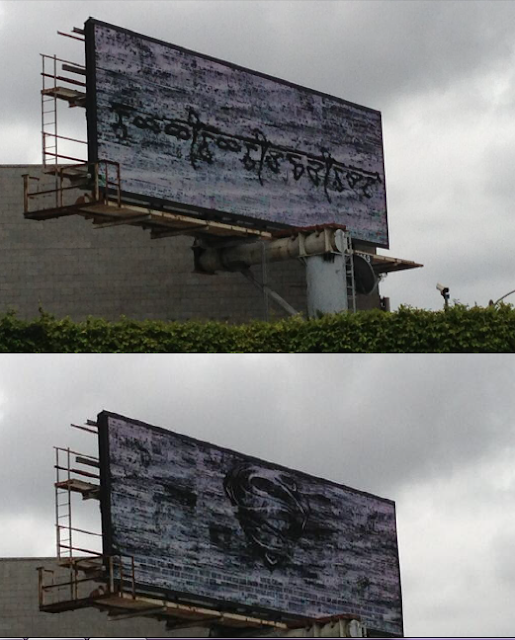 
We asked David where in LA he spotted the billboards, and he told us these particular ones were next to CBS “Hollywood.” He added that others have been sighted in Culver City and elsewhere in LA. Guess we're just going to have to go on a research expedition. Keep you posted.