UPDATE 4/15: The higher resolution stills have now been released by EW (we've added Henry's below). See the rest at their site. 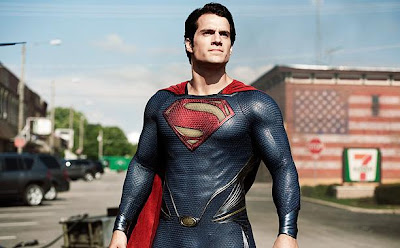 Entertainment Weekly sure made us smile, after it released the cover of its Summer Movie Preview issue. The magazine posted different versions of the awesome new Man of Steel still. They shared a bit of what Henry told them about a more relatable Superman:

"Imagine what it would be like to be someone like Clark Kent/Kal-El, and feel like a stranger amongst even those that you love, never developing full relationships with people for fear of them discovering how much of a freak you are. Even you don't understand exactly what you are. It's just a lonely existence. With someone who has that much power and responsibility. Although he is not susceptible to the frailties of mankind, he is definitely susceptible to the emotional frailties."

Don't miss the rest. It includes plenty of exclusive details on what we will see Henry doing in the film. Warner Brothers hints that Man of Steel IS setting up the groundwork for The Justice League.

"It's setting the tone for what the movies are going to be like going forwards. In that, Man of Steel is definitely a first step.Christopher Nolan's Dark Knight series was deliberately and smartly positioned as a stand-alone. The world the films lived in was very isolated, without any knowledge of other superheroes. What (director) Zack (Snyder) and Chris have done with this film is allow you to really introduce other characters into the same world."

I would love to tell you yes or no [on Man of Steel leading to a shared universe], but I think it’s going to be more exciting for people to keep a beady eye out and find what they can find.

Keep on reading (and there's MUCH more, including word of a BIG announcement coming soon). 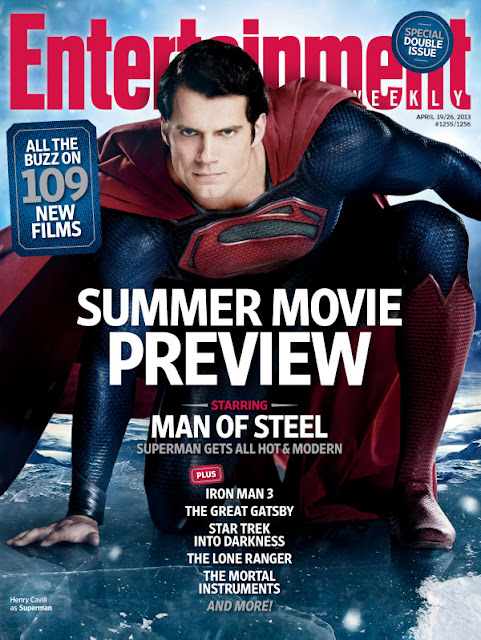 Image posted earlier this week where the cover came from. 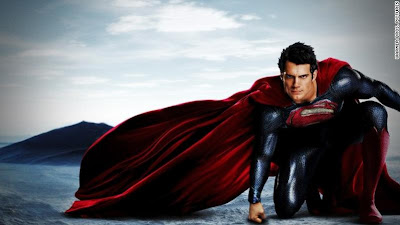 Slightly different version of the cover 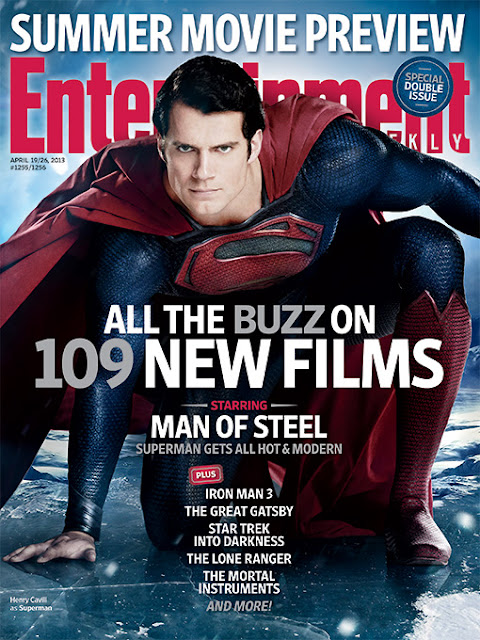 New pics from EW's iPad edition. Check out the rest of other members of the cast HERE. 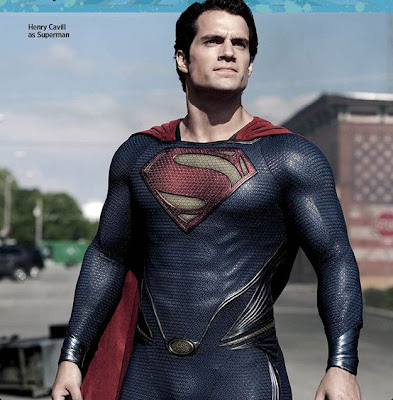 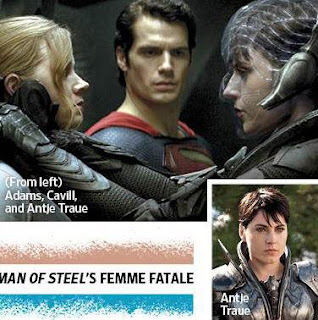 The issue hits stores Friday. As a special treat for fans, we're giving you a chance to win one of 3 copies of the Entertainment Weekly featuring Henry on the cover. The contest is open worldwide. All you have to do is tell us in the comments section why you think Henry is the perfect Man of Steel. We'll pick three random winners and announce the names April 16th. Make sure you leave your twitter handle or email so we can contact you if you win. Good luck!
Posted by Blog Administrator