UPDATE: After votes were recounted, Henry and Amy came up short and lost to Twilight. We have been covering these awards for years, and this is the first time we recall this ever happening. Our friend and journalist Larry Richman agreed and added:

Larry Richman‏@larry411
There were at least 3 sites reporting Cavill this morning...all had the same TCA source. But they do this by committee, and recounted

As for us, Henry and Amy's kiss was the winner no matter what. Thanks again to all who voted for them!
‏ 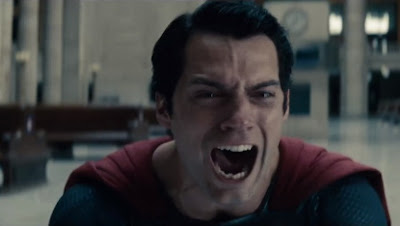 Yeap.. us, last night.
After an endless night of waiting to hear who had won the categories Henry was nominated for at the Teen Choice Awards we got the answer from.. where else?.. Wikipedia.
Yes, we know Henry wouldn't approve of us reporting the news straight from there, but we didn't have a choice. When FOX sent out the list of official winners last night, those categories were missing. So while we wait to hear the "official word," we're just gonna celebrate Henry & Amy's alleged win. After all, it was reportedly their HOT but sweet kiss, that took down reigning champs Rob Pattinson & Kristen Stewart. And THAT is quite a feat.

We can't wait for some more of that Clark/Supes & Lois action in the Man of Steel sequel ;)