Henry has joined the cast of Mission: Impossible 6!


The huge announcement caught everyone by surprise, because of the unusual way it was released. Director Christopher McQuarrie asked Henry if he wanted to be part of the film in his new post on Instagram. That was followed by a series of funny back and forth comments between the two:


christophermcquarrie Say, @henrycavill. Had a thought. Curious if you're interested in a role in the 6th installment of Mission: Impossible. No pressure.

henrycavill How can I say no to a man with such perfect hair.....

henrycavill @christophermcquarrie only if I get to fly for real

christophermcquarrie @henrycavill I do believe I specified practical stunts. You in?

christophermcquarrie @henrycavill Outstanding. Welcome aboard. Your social media account will self destruct in 5 seconds.

Here are the initial details via Deadline:

McQuarrie returns as the helm, from a script he wrote, on this latest installment, along with Cruise, Rebecca Ferguson, and Jeremy Renner. McQuarrie is producing alongside Cruise, Don Granger, J.J. Abrams and Skydance Production’s David Ellison and Dana Goldberg. Paramount will distribute the film in theaters July 27, 2018. 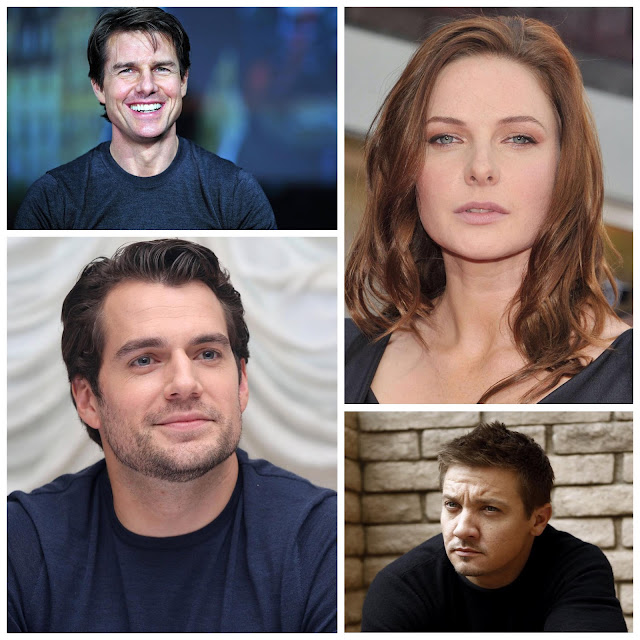 Simon Pegg is reportedly also set to return, and Vanessa Kirby has been cast in an unknown role.

This is what Variety has to say about the character Henry might be playing:

Plot details are still under wraps but sources say Cavill would play some sort of a right hand to the head of Cruise’s unit. Alec Baldwin played the role of Cruise’s boss in “Mission: Impossible-Rogue Nation” but it is unknown if he will return as the part has been replaced with a new actor (Anthony Hopkins, Laurence Fishburne, Tom Wilkinson) in previous installments.

The Hollywood Reporter said last month that at least part of the movie could be filming in Paris this spring or early summer, with possible locations in New Zealand and the UK as well.

Congratulations Henry! -- We have no doubt you're going to OWN IT.


UPDATE: Henry's post on the big casting news..  who knew he had some mad Photoshop skills.


I like a good challenge. Like hanging from a moving plane...or balancing from a cliff by my fingertips...or scaling a skyscraper. I guess I’ll just have to get my practice in and join the fun for the next Mission Impossible. Thanks for the invite, @ChristopherMcQuarrie. #MissionImpossible #MI6
A post shared by Henry Cavill (@henrycavill) on Mar 17, 2017 at 8:32am PDT