Henry Training For 'Stratton' & Why We're Being Left In The Dark 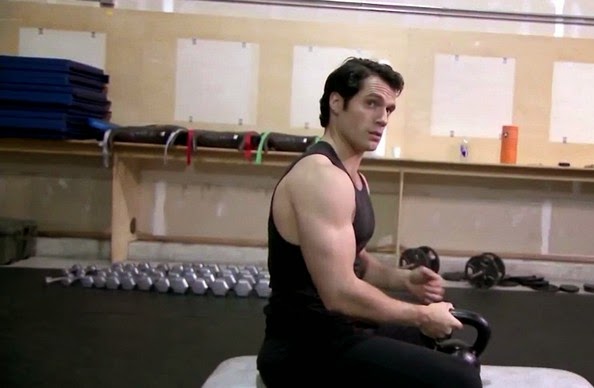 2015 is here, and as excited as we are for what's to come - frankly this waiting period blows. It's like being stuck in detention when there is a football game going on outside. Pure torture. We assume the lack of Henry sightings have to do with his preparation as he gets ready to begin his military training for Stratton, and one of our posters seemed to agree and added some key information:

If he's training with actual Special Boat Operatives, it will be done in secret. The SBOs keep their identity, location, training methods etc. completely under wraps, to protect the operatives.

We knew the work the operatives do is top secret, so it makes sense the same applies for the training. Duncan Falconer confirmed the "where and when" is indeed kept under wraps. As to what extent Henry could be participating in said training, we just don't know and probably won't find out anytime soon. But we did find some videos that reportedly show SBS operatives in action.

The author has also confirmed that Stratton is based on The Hostage. You can watch him talk about it on his site. The synopsis gives us a bit of a preview of the character Henry will be playing:

When an undercover operation monitoring the Real IRA goes horrifically wrong, British Intelligence turn to the one man who can get their agent out: Stratton, SBS operative with a lethal reputation. It's a dangerous race against time: if the Real IRA get to the Republic before Stratton gets to the Real IRA, his colleague is as good as dead. But the battle in the Northern Ireland borders is just the beginning. For there can only be one way the Real IRA knew about the British agent: someone within MI5 is tipping them off. A surveillance mission is mounted in Paris to identify the mole but ends in disaster: Hank Munro, US Navy SEAL on secondment, is captured. Munro's wife Kathryn is distraught, and her priest Father Kinsella is very supportive. Kinsella, though, is not the holy man he seems, and Kathryn becomes an unwitting part of a deadly Real IRA plan, a terror attack the likes of which London has never seen ...When Hank is inadvertently kidnapped by terrorists on an SBS 'safe op', Kathryn returns home to America, only to be manipulated by a priest and secret IRA godfather into playing a political role in the negotiations for Hank's release. Unknown to her she is to have a key part in the most destructive terrorist assault in Irish Republican history, one that holds the fate of hundreds of thousands of Londoners in its hands.

Falconer did add, that the story has been updated to reflect modern times. He's also said filming will kick off on location in Italy sometime this spring, and then move to London for the bulk of the shoot, recently mentioning Pinewood Studios may play a part during production. That's the same place where the latest Bond movie, Spectre, is filming. Oh, the awesomeness of it all. Daniel Craig, meet your potential replacement, Henry Cavill...

Look for updates on Stratton, as production gets closer. For now let's remember the good times, when we could actually watch Henry train for a role. Over and out.