Batman v Superman Fight: We Think Someone Is Not Playing Fair 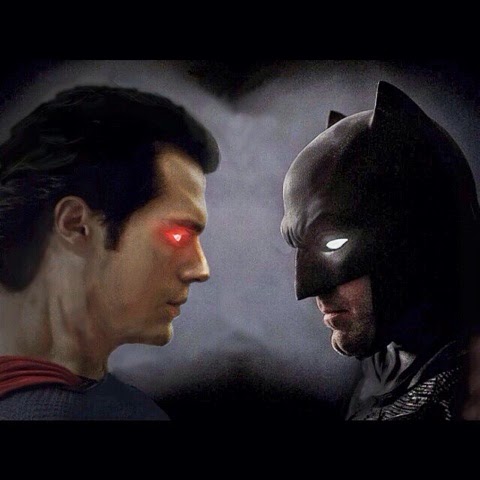 We should consider ourselves very lucky, because if it weren't for Henry hitting the awards party circuit we'd be in the Sahara desert of news right about now. He confirmed to Variety that Batman v Superman would not be split in two, and then later talked about the "visual spectacle" that's to come. Which brings us to this latest piece of the puzzle, as fans try to figure out the plot of the film. In a new interview with a Spanish newspaper (via) -- fight choreographer, Guillermo Grispo, teases the epic battle that's on the way:

There’s a thought that Batman has no chance, that the other [Superman] will squash him like a bug. But when you see the movie, and how it all comes out, there’s a very intelligent explanation as to why they would have a firsthand confrontation though it seems to be totally to Batman’s disadvantage.

"Intelligent explanation" or Kryptonite? like Collider points out, because if that's the case...

Now Batman it’s going to fight the way I’ve always dreamed seeing him fight… he’s a character so prepared in martial arts that you can do a lot of things with him, but filmmakers usually don’t go all the way with it.

Hmm, okay, so guess it's safe to assume it's not gonna go down like Jon Stewart envisioned..

Take your best shot Batman, we have no doubt Supes can take it!