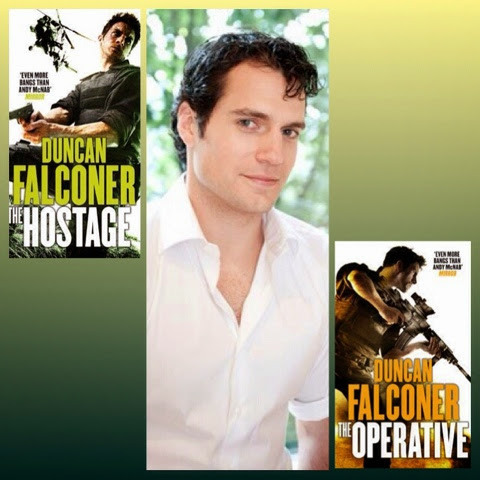 Get ready for Promethean Productions!

Deadline broke the news that has us cheering loudly for Henry. He's just revealed he's formed his own production company with his younger brother Charlie and producer Rex Glensy, and they're now getting ready for their first project, an action thriller called Stratton. 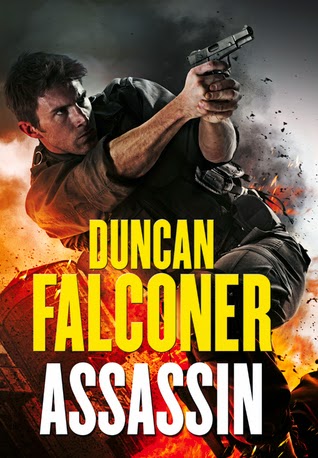 It is based on an eight-novel series by Duncan Falconer, a pseudonym for an author who used his own military background to inform the lead character. John Stratton is an operative of the SBS who works with the Intelligence Detachment in Northern Ireland. The character seems a strong fit for Cavill, starting out in Kazakhstan and China and moving to mainland Europe and London. 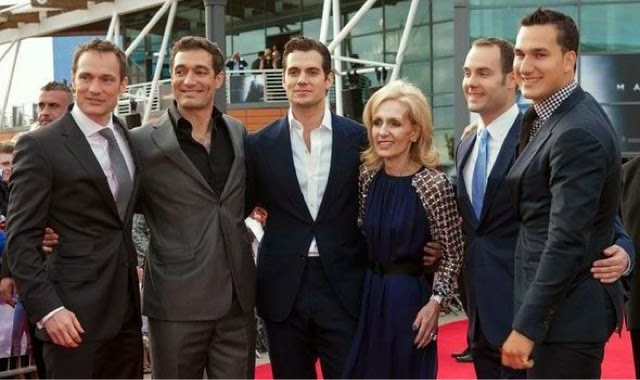 Henry with his family at the Man of Steel premiere in June, 2013. Charlie pictured on the far right.

“Having the opportunity to expand my horizons into filmmaking is incredibly exciting,” Henry Cavill said. “Getting to work so closely with my brother in this venture is equally so.”

The novels were originally optioned by Ileen Maisel and Lawrence Elman’s Amber Ltd; those producers brought it to Promethean. The two companies will co-produce the film set in Southern Italy, Rome and London. Filming will begin in the spring. GFM will provide financing and make worldwide sales at AFM. Music will be done by Hothouse Music, whose credits include The Hobbit and Les Miserables.

“We’ve known Ileen and Lawrence for many years and have come to understand their unique talent in finding and developing material,” said GFM’s Michael Ryan. “In optioning Duncan Falconer’s series of books, they have unearthed a character that Henry Cavill can inhabit and run with for a truly thrilling franchise.”

Want to learn more about the character Henry is about to bring to life? here are the books the film is reportedly based on, and the author himself revealed more on his Facebook page:

I can now officially tell you that Stratton will be played by Henry Cavill. Playing the first modern SBS hero is more than just a role for Henry. He has deep seated connections with the Royal Marines. His brother is a senior officer in the Royal Marines and he has been involved in Royal Marines charity fund raising events - he recently completed a gruelling run up the rock of Gibraltar (one of my old haunts) on behalf of a Royal Marines charity. If you saw the recent YouTube video celebrating the 350th birthday of the Royal Marines (if not go check it out) Henry is the last celebrity to pay tribute.

By the end of the year he will begin an SBS training program. No calendar yet for shooting but that should be out soon.

The movie is based on the book The Hostage. However, due to certain factors, we have replaced the IRA antagonists with something more up to date - you can probably guess based on current events. Also, for technical reasons, Paris has been changed for Rome. Filming should commence in Italy Q1/2 next year and then move to London for the bulk of the shoot.

Now here's the confusing part. We decided not to use the title 'The Hostage' because it's been used a few times in recent years and it might be confusing for distribution. Because we want to make several Stratton movies, we decided to call the script STRATTON: FIRST INTO ACTION. This was meant to be a working title but it's possible it will stick. Many of you will know that as the title of my autobiography. But just to make it clear, we're not filming the biography but The Hostage. But as I said, that title might change.

So there you have it. 4 years of hard graft to get this far. Who said filming was easy?! And the reality of it is things can still go wrong. But I'm being positive and if all goes well we should see it on the big screen some time early 2016.

Thanks to all of those who helped get it this far!

Duncan Falconer added that Henry told him it was one of the best scripts he had read. Can't wait!


We are so excited for Henry, and ready to bring you news about Stratton as it develops.

Congratulations to the Cavill brothers, we're behind you all the way!
Posted by Blog Administrator

Email ThisBlogThis!Share to TwitterShare to FacebookShare to Pinterest
Labels: All About Henry, Projects, Promethean Productions, Stratton