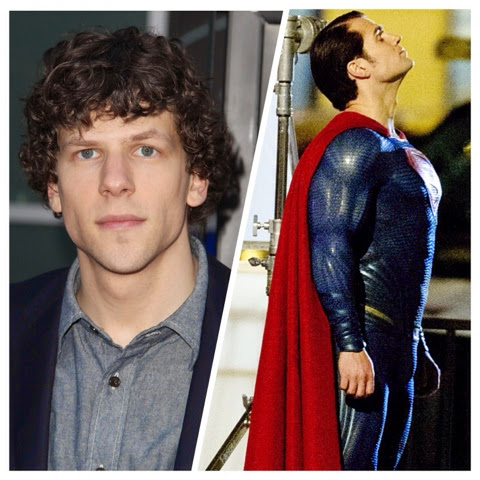 Surprise, surprise, in a new interview with Variety, Jesse Eisenberg admits he wasn't a fan of Superman growing up. Perfect Lex!

You just wrapped playing Lex Luthor in “Batman v Superman.” Is your head still shaved?
I can’t say anything about this stuff. They want all this to be a surprise.

Do you think you’ll play Lex again in a “Superman” sequel?
I would love to. It’s a great group and director, and the most ideal character to play.

Were you a fan of “Superman” growing up?
No.

You weren’t?
I never minded him.

Did you watch the movies at all?
Oh, just to understand the context of this one. But no, not as a child.

Can't wait to see him go up against Supes on the big screen!

We're not gonna lie, we really don't think we're ever going to see the DC TV & cinematic worlds join forces, but after this announcement we really wish it would happen!


Superman has a cousin, and we kind of have a girl crush on her. Melissa Benoist played Marley in Glee, and like THR pointed out, there's even an episode where we get a glimpse of her as her superhero self.


And just like Details magazine, we'd love to hear Henry's thoughts on his new cuz..

We wonder what Superman (aka Henry Cavill) thinks about who will play Supergirl? http://t.co/1tFDxd1qLK pic.twitter.com/1I8wFjLT9I
— DETAILS (@DETAILS) January 22, 2015 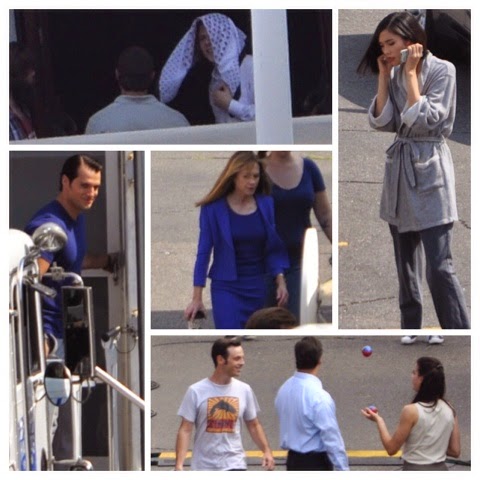 This week we also heard from Scoot McNairy, who plays a yet to be revealed character in Batman v Superman. USA Today tried to get some scoop out of him, and this is what Scoot shared:

“It’s definitely 100% a character I’ve never played and I can’t speak too freely on it, but yeah, getting into that thing was definitely something I had to wrap my head around emotionally in order to play that character. But with that being said, I had a lot of fun doing it when I was in the process of shooting on it — my head was in a different place but I’m really excited to see how it turns out and what they do with it and see the film.”

Read the rest at USA Today, and don't miss our exclusives of Scoot, Henry, and other cast members on set in Detroit. 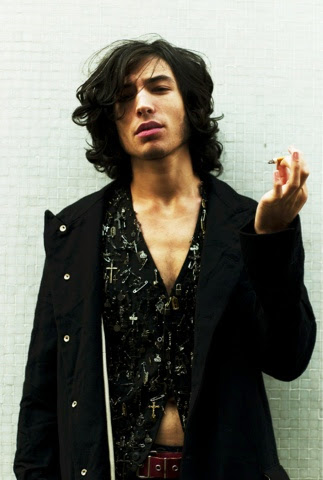 In the meantime, Ezra Miller has told THR about his excitement, after finding out he'd been cast as The Flash in Justice League (and making a rumored cameo in Batman v Superman):

Zack Snyder told me on the phone that he wanted me to play the Flash while I was eating a tilapia in a small Central American village. That was definitely a moment that prompted me to question the fabric of my reality.

As we've mentioned before, we see The Flash being buddies with Superman. It will be fun to see Ezra and Henry together in Justice League.

And while we still have more than a year to go until Batman v Superman hits theaters, the swag is showing up all over the place!


Met someone on the Batman vs Superman movie's film crew. No shame in asking for a picture right pic.twitter.com/nipbaclzxb
— John Conklin (@conklinjohn) January 17, 2015


That's one cool logo. Now let's get some trailer action going. Latest as we get it!