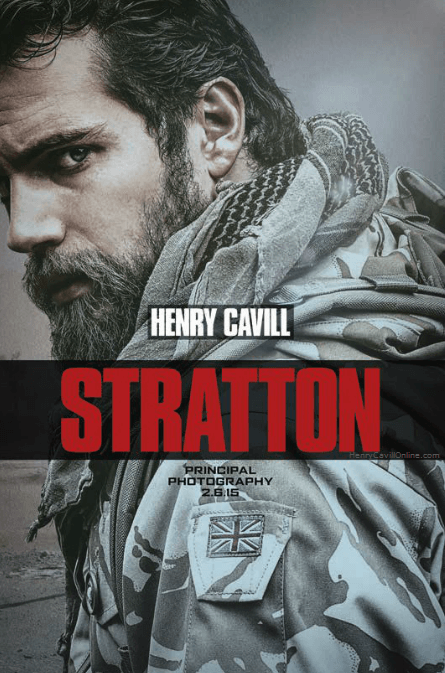 
Today GFM Films announced through Screen Daily, that Henry has left Stratton over creative differences just days before filming was set to begin in Italy:

“But just before leaving Cannes last Friday we were informed by the production company that they wanted to push the start date back by around three weeks to finalise some additional casting and make some further fixes to the script.

“Then, during several meetings this week in London with both sets of producers including Henry Cavill, he told us he has decided not to shoot this script at this time. He had a different vision of what the film should be to us and the production team and wanted to delay production until September and shoot a different story and script.”


You can read the rest over at Screen Daily. Keep in mind that right now we're only getting GFM's side of the story. We've reached out to Henry's reps and will update if/when we get a quote from them.

UPDATE: GFM Films tells Variety that Henry's move to leave the project, was specifically due to issues with the script:

“It is with great regret that we announce that Henry Cavill has pulled out of ‘Stratton’ due to creative differences on the script of the movie. With production due to commence next week, we wish to keep the production team together and Simon West as director so are working now to replace Henry. Production will be delayed whilst we do this. Further announcements will be made in due course.”

We support Henry in everything he does, and trust his decisions. Stratton was supposed to be the first project for his newly formed company, Promethean Productions. He'll soon be headed to San Diego to promote Batman v Superman at Comic-Con, and then turn around and promote The Man from U.N.C.L.E. which is set for an August 14 release. Trust us, you're gonna love, love, LOVE HIM as Solo.

Got your back, Henry xx

And your fans are here for you ;)

@HenryCavillNews i really believe he knows what he is doing, he needs to do what is better for his career! #suportHenrydecision
— cinthia paiva (@cinthiapaiva) May 28, 2015

I don't blame him a bit. his production company,his name that's going on this product. #igotyourback https://t.co/a2CYfonng1
— FFFLLLAAASSSHHH (@sclawstrong) May 28, 2015

No matter what #HenryCavill has my back always. He has his reasons for sure. Better to pull out before shooting! https://t.co/sH7lRwDcOm
— Anthony Ong (@AnthonyOng0309) May 28, 2015

@HenryCavillNews What???? ohhhh Whatever it is..I support his decision.
— TheFullmoon (@AthiraTheMoon) May 28, 2015

@HenryCavillNews awww. i just read it. it must have been difficult for henry. he loves the armed services. i understand his decision.
— michele (@bedofroses2001) May 28, 2015

@HenryCavillNews I'm sure it was a hard decision for him to make, but he has a reputation to protect. Hopefully he can ditch the beard too!
— Wilbur's Mum (@FlippinGreatGal) May 28, 2015

@HenryCavillNews Does this mean he can shave now?
— Alex Lynch (@LynchReborn) May 28, 2015

@LynchReborn @HenryCavillNews Ha! I hope so. Facial hair does not belong covering that beautiful face.
— Dana Grace (@Dana283) May 28, 2015

@HenryCavillNews wow I know it wasn't a decision he made lightly but he's my beardy man & I'll support him no matter what…beard has to stay!
— Jeanette (@CullenButler) May 28, 2015

So apparently it's all about the beard.. you guys.. We love you Henry!

@HenryCavillNews support Henry with his decision, have a lot of respect for him🙌🏻 I know it must have been hard to make it 😓 love you Henry💛
— sarah (@gilmartin_sarah) May 28, 2015

@HenryCavillNews I will always be to support him in his decisions. We ❤ you #igotyourback Henry
— Kinorri (@kinorri) May 28, 2015

@HenryCavillNews I'll always be here for everything he does!
— Kayla (@DivergentSoul) May 28, 2015

@HenryCavillNews It's best he walks away with his dignity then make something he isn't proud of! We have your back! #WeSupportHenry
— Marilyn Rivera (@msanchez1725) May 28, 2015

Looking forward to whatever role #HenryCavill decides to take on next.
— Sara (@LelainaPrz) May 28, 2015