They don't call him Man of Steel for nothin.' That's what hard work at the gym gets you.

Justice League is set to begin filming in April, so Henry has plenty of time to reach and (we're sure) exceed his goal. 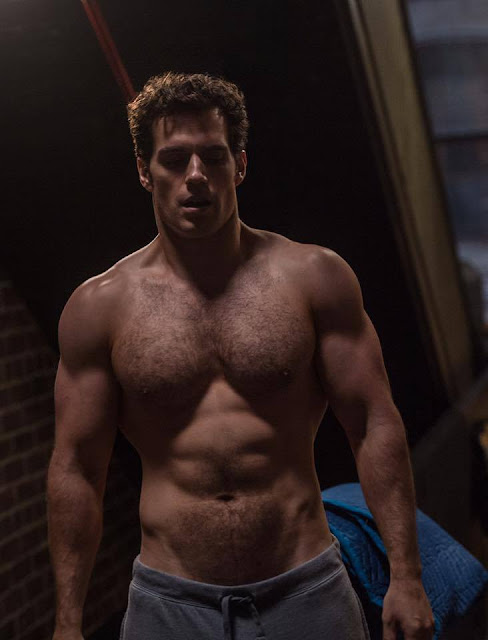 On his Instagram post, Henry replies to his trainer Michael Blevins -- who you can find at gritandteeth.com. We had a chance to sit down with Michael for an exclusive last year. He talked us through what it takes to get Henry in Superman shape and much more. Watch Part 1 and Part 2 below.

The press can hardly contain themselves..


Henry Cavill Just Instgramed His First Shirtless Picture And It Will Be Your Kryptonite https://t.co/0s3Waz7HOL pic.twitter.com/I0LMy0Aazz
— Christian Zamora (@Christian_Zamo) February 5, 2016

Henry Cavill Is Shirtless and More Muscular Than Ever https://t.co/Jx0vyo2AbA via @eonline
— Marc Malkin (@marcmalkin) February 5, 2016


As for your reactions..

So, yeah, this made my Friday afternoon all that much more better! #TeamSuperman https://t.co/fagl0bHvgp
— Heather (@HockeyMakeup) February 5, 2016

@Stella_Broster @HenryCavillNews you and about another million women including me and I'm still on the floor🙇#IG #HenryCavill #HolyHotness
— M. River Santiago (@MayrasRiver) February 5, 2016

If that's what he calls "Minimum Goal" then I'm super well-below at the bottom of the chart! 📉#BatmanvSuperman https://t.co/dXzuv6WsKi
— Powerless_ness (@Powerless_ness) February 5, 2016

@HenryCavillNews I am speechless🔥
— Janet B (@JanetBozzanca) February 5, 2016


Thanks for your feedback everyone. #TeamSupes