The Man From U.N.C.L.E. Now On Sky Cinema, Fan Support

The Man from U.N.C.L.E. premiered on Sky Cinema this month, and people who didn't catch it when it was released last year, are expressing their enjoyment for the fun film now.

My favourite thing about The Man From Uncle is everything! 10 out of 10 would recommend.
— Jordan Monkman (@jordansodapop) August 19, 2016

Everyone was right, THE MAN FROM UNCLE is great
— Jacob Oller (@JacobOller) August 20, 2016

TV Times (UK) is promoting the premium cable release of the film, with an article that includes some of Henry's quotes about his experience working on The Man from U.N.C.L.E. 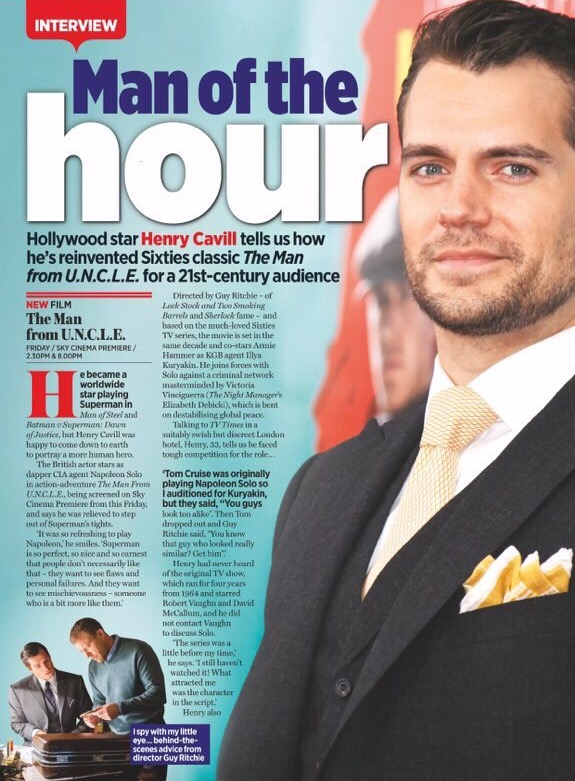 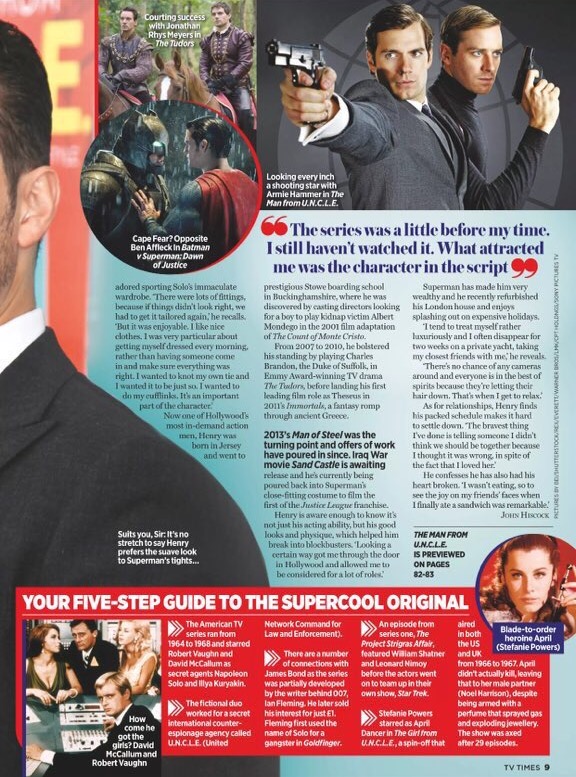 And Solo and Illya made the cover of TV & Satellite week! 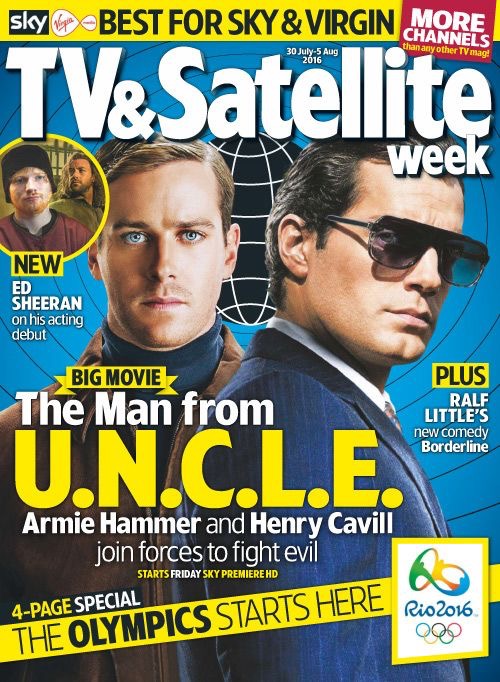 As many of you probably know the U.N.C.L.E. soundtrack is simply fantastic, so we're very happy to hear that Daniel Pemberton  is up for Film Composer of the Year at the World Soundtrack Awards in October. Good luck! and thanks to @TheSpyCommand for the find.

Finally, we ran into this cute piece celebrating the one year anniversary of the release of The Man from U.N.C.L.E. Give it a read, and don't forget the birthday candles ;)

Celebrating an entire year of getting to watch Henry Cavill's face do this https://t.co/6K116JGIBX pic.twitter.com/1fApl2feVR
— That's Normal (@Thats_Normal) August 16, 2016