New 'Justice League' Villain Revealed? Sure Looks Like It! 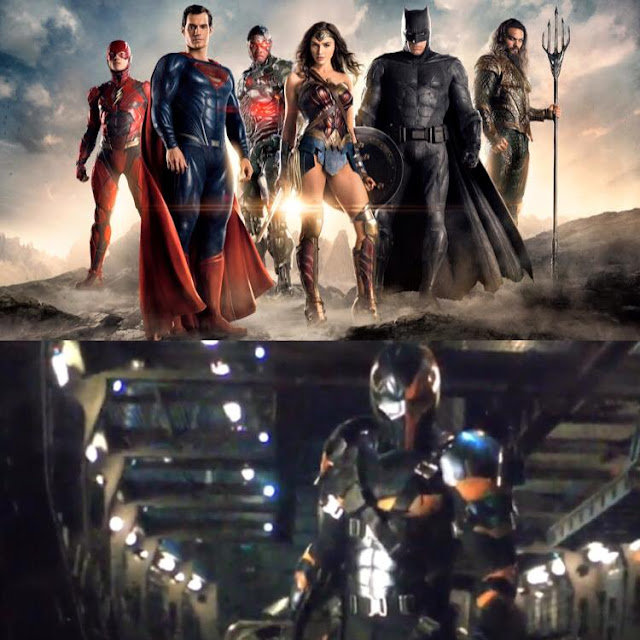 Ben Affleck has kicked off the week with a mysterious reveal.. but what are we looking at exactly?


According to the DCEU experts, the video Ben posted is that of Deathstroke. Here's more on the character (click on the links for additional info):

For those who are unfamiliar with the character, his real name is Slade Wilson, and he first appeared in The New Teen Titans in 1980. He’s been a villain that’s been all over the DC Universe and he’s gone toe-to-toe with Batman, Green Arrow, Black Canary, Flash, Green Lantern, and more. He’s been on the supervillain teams Injustice League, Suicide Squad, Secret Society of Super Villains, H.I.V.E., Checkmate, Team 7, and the League of Assassins. And yet for all of his affiliations and grudges, he doesn’t have any superpowers, or at least no more superpowers than someone like Batman. He’s really smart and he’s a good fighter.

Deathstroke, aka Slade Wilson, is a soldier-turned-assassin in the DC Universe. An experimental super-soldier project gave him superhuman strength and intelligence, in addition to regenerative abilities. Aside from Batman and the Justice League, he has also clashed with Green Arrow and the Teen Titans. The character was created by Marv Wolfman and George Perez, and first appeared in “The New Teen Titans #2” in 1980.


While The Wrap is reporting that Deadstroke is set to be the main villain in the upcoming solo Batman film, Screenrant points out how we know he's also likely part of Justice League:

As for the video itself, one interesting thing to note is where Deathsroke appears to be located. If you read Rob Keyes’ set visit report from Justice League, you may recall some details about the Flying Fox, the team’s transportation system and portable headquarters. The report details the lowest level of the Fox that features a ramp to board and exit the ship that also stores the Batmobile. If you can get past looking directly at Deathstroke, the Batmobile appears to be sitting behind him, with the rest of the setting looking like the inside of the hangar. Has Slade Wilson snuck onto the ship to foil the Justice League’s plans or has Batman gone to extreme measures to bring Steppenwolf down?

So who do you think is inside all that armor? (UPDATE 9/8: The role has indeed gone to Joe).

To us, that stare looks a lot like Ben's.. but that's a little far-fetched. Here's some of what fans are saying..

@HenryCavillNews Joe Manganiello is in London and has started following Zack Snyder, he was also reported 2 have tested 4 the role
— Eric (@annericelover) August 29, 2016


Let us know your guesses, we'll stay on top of the latest for you.