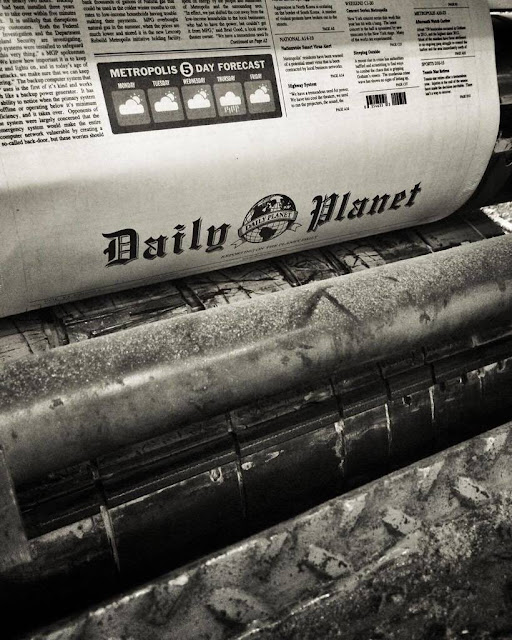 
First we get a SUPER dark tease by the man himself, and now we think set photographer Clay Enos is trying to tell us something... but WHAT?? -- Clay's post on @verotruesocial reveals the newspaper is a 2016 publication (which he basically says in his Twitter post).

If you click on the HQ version of the newspaper, there are references to a rise in crime in Gotham, power shortages, Lexcorp, and a nationwide "Smart Virus Alert.."


@HenryCavillNews @ClayEnos Something about a "smart virus" maybe? I know of a certain green culprit who could be at fault there...
— Josh Price (@JoshPriceWrites) August 23, 2016


Hmm. So let's just entertain that guess for a second. If Brainiac were to show up in Justice League, here is one storyline (per Wikipedia) that rings a bell.. 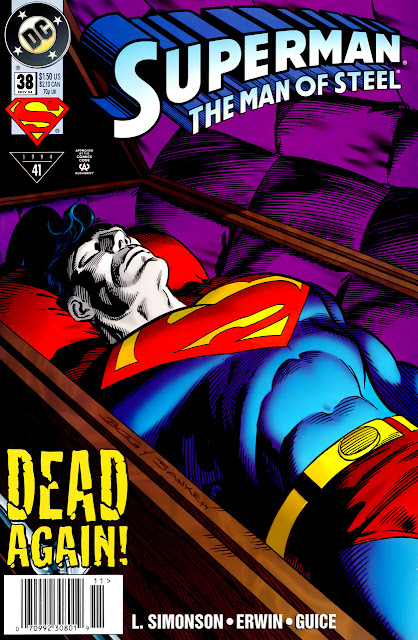 "Brainiac would next emerge about a year after the death and return of Superman. After a dead body appeared in Superman's tomb, prompting the world to wonder if the Superman who was flying around was the original or a fake, Superman began to track down all of his foes who might be capable of such a hoax. While Brainiac was initially eliminated as a suspect, he soon turned out to be the true culprit, creating the illusion even in his comatose state on New Genesis. He managed to revive himself there and returned to Earth in secret. While hidden, he created even more delusions, causing Superman to question his very sanity before realizing who was really at fault. Superman and Brainiac squared off in Metropolis, where Superman taunted the evil villain, claiming that at heart he was really just Milton Fine, a cheap entertainer. This caused some break in Brainiac's mind where Fine's personality reasserted himself, burying Brainiac's. Fine was then escorted off to a psychiatric facility."

There are a couple of other options that could fit the bill.. maybe we're reading too much into the newspaper post and it's actually from Batman v Superman (UPDATE: Photo is from BvS per Clay). But we would love to hear your theories (there are rumors big Justice League news is about to break).

We also learned that a new Justice League poster shoot has taken place in London. Amy Adams reportedly mentioned it to New York Magazine during a recent interview:

It’s late afternoon on a Friday in late July, and we’re in the glittery sepulchral swank of the Palm Court at London’s Langham Hotel. After a long day playing Lois Lane looking adoringly at Superman, maybe Adams needs a drink. She’s just come from a poster shoot for Justice League, which is, for reasons she says are unrelated to its plot, filming in this post-Brexit metropolis.

So yeah.. we want that poster sooner rather than later Zack Snyder!

Filming in London is set to wrap in the next month or so, with possible additional locations being kept under wraps. Stay tuned for the very latest as we get it.
Posted by Blog Administrator