UPDATE: Henry has shared more of the beautiful scenery in this top photo, learn more about Milford Sound.

Winter has arrived in New Zealand, and the snow-capped mountains appear to be part of the latest Mission: Impossible 6 filming that's been happening in the air. Henry clued us in when he published this funny video from a helicopter near Queenstown over the weekend. In the last few days director Chris McQuarrie and cinematographer Rob Hardy have also been posting some telling shots from the area. 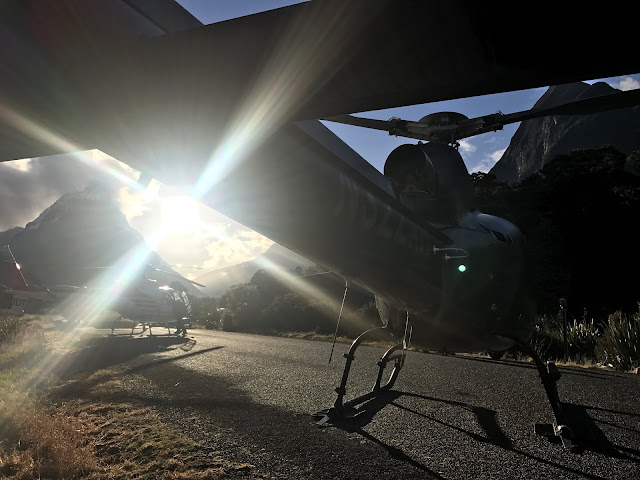 
According to Stuff online, the cast and crew have finished their work at one location:

"Filming for Mission: Impossible 6 has wrapped on their Nevis Valley set, a source has revealed to Stuff.

The film wrapped at the remote location last Friday, where a prison-type structure had been built. A source also confirmed a car chase took place on the last day of filming in the valley near Cromwell."


It was an amazing experience to be an extra for Mission Impossible 6! After spending a week together on a cold set near Glenorchy, I had a couple of drinks with some of my colleagues at 1876. What a nice way to meet new people! Hoping for more work in the entertainment industry ☺️ #extra #extras #missionimpossible6 #mission #impossible #film #movie #moviestar #shooting #entertainment #entertainmentindustry #drinks #meeting #newpeople #glenorchy #newzealand #queenstown #nz #qt #1867 #travel #traveller #backpacker #life #bucketlist #bucketlistcheck #movieextra #movieextras
A post shared by Do (@dvhaperen) on Jun 24, 2017 at 5:30pm PDT


Filming in New Zealand is expected to continue through part of July, with additional photography reportedly planned for London, India, and Norway.
Posted by Blog Administrator