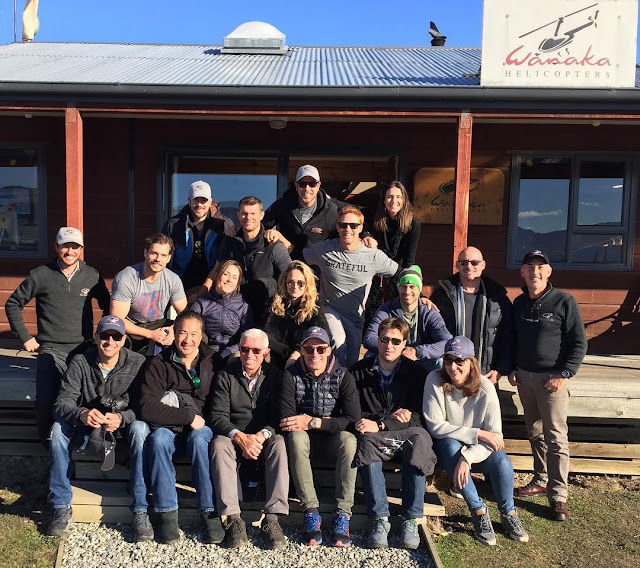 wadeeastwood: "A really special day to have my team, friends and family learn to fly helicopters in the same place I learnt 18 years ago!! Words can't describe!!"

When you're watching Mission: Impossible 6 next summer, remember these faces.. they are the stunt men and women that will be giving you the thrills!

Veteran stuntman Wade Eastwood has worked on several films with Tom Cruise (check his bio for more cool shots). Today he posted this update from New Zealand, and Henry was with his team as they apparently took to the skies over Queenstown.. UPDATE: and did other fun stuff.


We also got a new shot of the awesome women of M:I6. Director Chris McQuarrie not only posting this powerful cast photo, but also answering questions from fans on his social media.