Just a couple of days after Mission: Impossible 6 filming wrapped in Paris, Tom Cruise has revealed a few exciting details about the next location in Glenorchy near Queenstown, New Zealand.

Speaking to Newshub at the premiere of The Mummy on Monday, Tom said he'll be heading to New Zealand "in a couple of weeks." He added that the cast and crew will be there "for about a month, five weeks, something like that."

Henry seemingly mentioned the trip at The Durrell Challenge, telling ITV News Kal would be staying home because he didn't want to put him through the quarantine required:

"I'll be traveling somewhere soon, where there will be quite a bit of quarantine for him to go through and I don't want to put him through that. So that will probably make him less happy and I'd be doing it for very selfish reasons, so he'll be staying with someone else who will be looking out for him during that period."

Tom added that he's been "telling the cast and crew just what a treat" they're all in for. The last time he filmed there it was for The Last Samurai, 15 years ago. Henry was in New Zealand early last year, as he shot part of the Huawei P9 ad campaign with Scarlett Johansson.

In the meantime, we've gotten a first look at the M:I6 upcoming promotion via Collider that shared a pic of the poster being used at the Licensing Expo in Las Vegas. 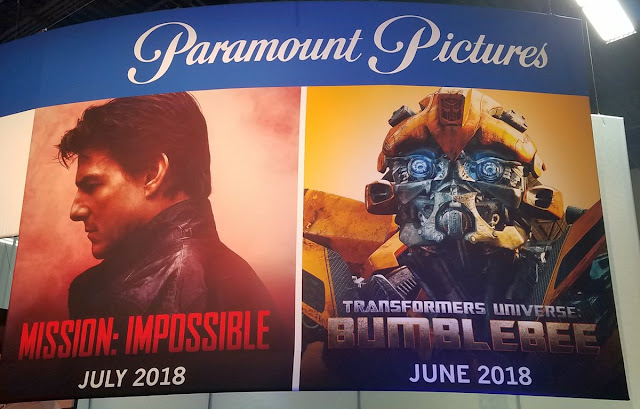 And check out this new behind the scenes look from Nomis. Director David Raymond posted the pic of Henry's costar Alex Daddario, as he supported her work in Baywatch which is now in theaters.

Before you get to see the insanely talented and beautiful Alex Daddario kick arse in Nomis... go see her do it in Baywatch out today! It's sooooo much fun... #baywatch #nomis #wearabikiniinwinnipegandyoudie #alexandradaddario
A post shared by David Raymond (@stingrayed) on May 25, 2017 at 7:37am PDT


A lot to look forward to in the coming months, so keep checking back for the latest updates!

Where am I?
A post shared by Christopher McQuarrie (@christophermcquarrie) on May 26, 2017 at 6:05am PDT