Two of my favorite actors on the planet #stanleytucci #nathanfillion #nomis #edit
A post shared by David Raymond (@stingrayed) on Jun 9, 2017 at 2:32pm PDT


This has been such an exciting year to follow Henry's work, not only because he's set to return as Superman in Justice League and is now filming Mission: Impossible 6.. but also because of his role in Nomis.

Director David Raymond has been busy editing the film since production wrapped in March, and a few days ago he shared this behind the scenes pic.

The plot involves a police force that captures an online predator, and soon realizes there's much to be uncovered. 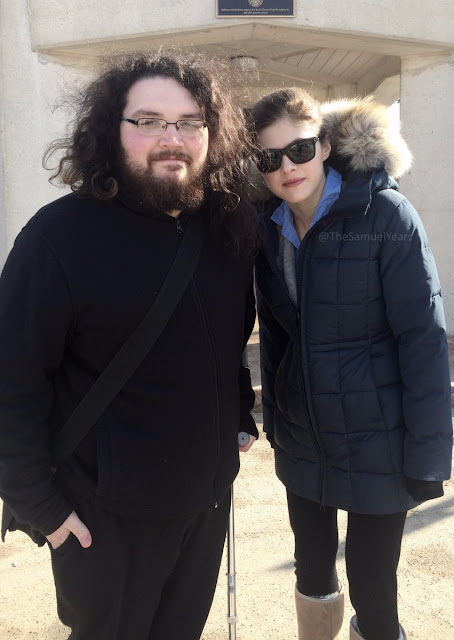 Alex on set with fan @TheSamuelYears

We know Henry is part of that force, and his costar Alexandra Daddario recently shared new details about the plot. While promoting Baywatch last month, Alex spoke to the Winnipeg Free Press about her role in Nomis:

At the time the posters were coming out, Daddario, 31, was herself working in the wintry landscape of Winnipeg, playing the role of a police detective investigating the crimes of an online predator in the thriller Nomis, opposite Henry Cavill and Sir Ben Kingsley.

"Something like Nomis is really interesting to me because I wanted to work with the people that were involved with it and it was a role I’d never done before."

(..) She also doesn’t object to subjecting people to suspense, which she’ll do in Nomis.

"It’s a more adult role than I’ve played," she says. "I’m basically in an interrogation room with the bad guy the entire time and the scenes are very dark and very strange.


Before you get to see the insanely talented and beautiful Alex Daddario kick arse in Nomis... go see her do it in Baywatch out today! It's sooooo much fun... #baywatch #nomis #wearabikiniinwinnipegandyoudie #alexandradaddario
A post shared by David Raymond (@stingrayed) on May 25, 2017 at 7:37am PDT


Nomis is a psychological piece and is unlike anything the actress has ever done before.

But Alex is not all dark and gloomy. She also gave a shout-out to Henry while doing press overseas.. she seems to think he'd make a great Baywatcher!

Alex tries to come up with a UK version of Baywatch and mentions her Nomis costar Henry Cavil! 🇦🇺👑💘💗#alexandradaddario #zacefron #baywatch #nomis #henrycavill
A post shared by Heather (@heatherlynn22quinsen) on Jun 3, 2017 at 9:59pm PDT


Nomis is set to be released next year. Look for production updates as they come in.