To our incomparable local crew, the @prefpolice, the City and People of Paris: Je t’aime. Take cover, New Zealand. Here we come. #MI6
A post shared by Christopher McQuarrie (@christophermcquarrie) on May 23, 2017 at 4:26am PDT


The weekend is here, and we have a some exciting news to share regarding Mission: Impossible 6.

After wrapping in Paris, things have quieted down a bit as production moves to New Zealand (last we heard from director Chris McQuarrie he was in London). Tom Cruise mentioned it wouldn't be long until filming resumed, and now we have an update from an actor who's been cast to work in the movie. According to Indian news site u4uvoicecom, filming in New Zealand will begin on June 12. The actor they profiled is reportedly playing an Indian soldier.

Tom also talked about M:I6 during his appearance on both Quotidien (mentioning his love for Paris), and The Graham Norton Show.

“I have been in training for a couple of years and we’ve done a lot of testing to see what is possible,” he told the BBC One chatshow.

Asked about the plot, he revealed: “It is really crazy.

“We’ve shot some of the stuff in Paris already and it is going to be really wild and thrilling for the audience.”


Some of those thrills will reportedly be shot in Norway.

Norwegian newspaper Bergens Tidende is reporting that an application has been submitted to film with helicopters on the iconic Pulpit Rock. 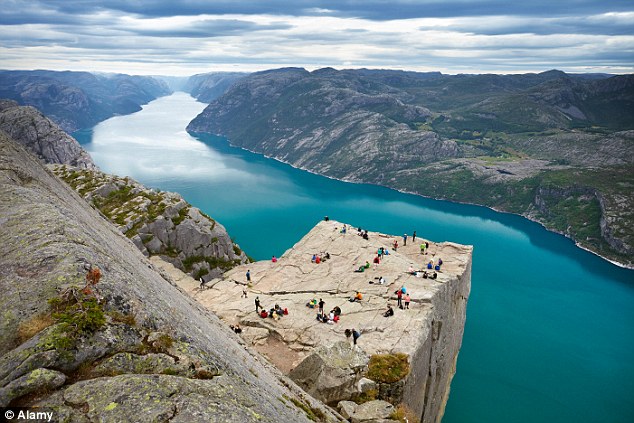 Seem familiar?.. it's the same place where director Chris McQuarrie was standing, when he asked Henry to be in the film!

The production company in Norway dealing with the Pulpit Rock permits would not confirm to the newspaper that they were for M:I6, but it will reportedly be just a few days of filming in late September involving a key sequence in the movie. Henry is mentioned in the article, among the cast expected to be there.

Stay tuned for the latest updates.