Behind The Scenes: Henry Filming 'Man of Steel' Oil-Rig Scene

The Man of Steel Blu-ray/DVD will be released in the U.S. tomorrow, and Esquire has just shared this new behind the scenes clip, that's included in the special features. In it director Zack Snyder describes what it took to film Henry in flames. Awesome stuff. Read the scoop.

A few caps from the scene, check out the rest in HQ

Watch Henry talks about filming the underwater scenes in this clip from the Man of Steel Blu-ray.

lightboxgallery exclusively shared with us this video of Henry filming part of that scene in Vancouver two years ago. You can see the building was really on fire, like Zack Snyder mentions in the behind the scenes clip. And you don't want to miss the last few seconds of it.

See ALL the HQ pics from that day and much more! 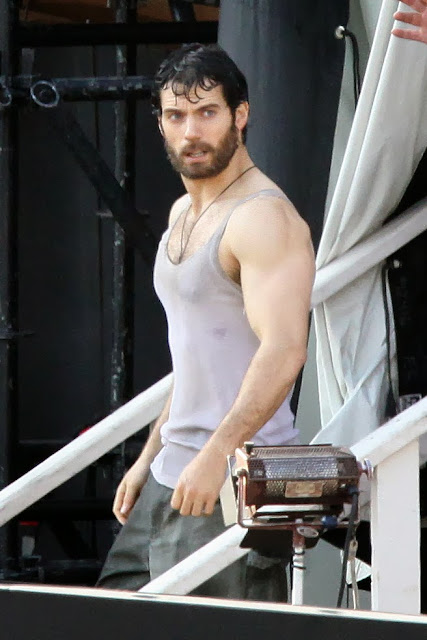 To wrap things up, we told you about reports that Henry's Man of Steel suit is getting tweaked for the sequel. Now we're getting a first hand account on Ben's costume from Kevin Smith, who hosted the Man of Steel Q&A over the weekend. Apparently, he also got to see the new Batman suit. Listen to him describe it on this podcast and read more at Batman News.

Email ThisBlogThis!Share to TwitterShare to FacebookShare to Pinterest
Labels: Batman vs. Superman, Behind The Scenes, Exclusive Content, Henry is THE man, Man of Steel