Henry Shows Off His Classic Style In London Today 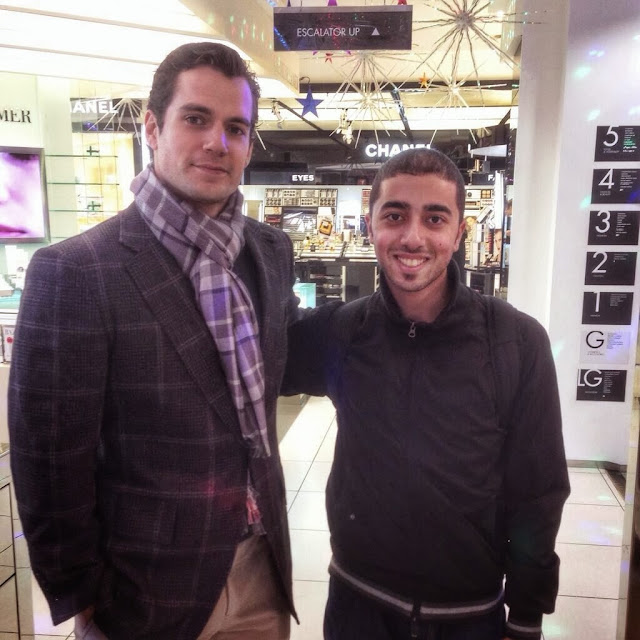 aser3yonk1:  With #HenryCavill in #London. The hero of the movie (The Man of Steel).


When we thanked Mohamed for the pic we mentioned Henry is always very nice, and this is what he responded:

He later shared more about his encounter:

Hello there, I want to share my story of when I met Henry Cavill. I was walking with my friend in London after shopping at Harrods. I was going to Debenhams and suddenly I saw Henry Cavill but I didn’t notice him until my friend told me. For a while, I thought my friend was joking with me. But, when I looked closely I knew it was him (Henry Cavill). I asked him “how are you doing?” he answered “I’m good, and how are you?” I said “I’m good thank you.” Then I asked him “are you the hero of  the movie (The Man of Steel)? to make sure that it was the real Henry Cavill, not someone who looked like him. He said “yes.” I was happy to meet him. Plus, he's so nice. After that, I asked him “can I take a photo with you?” and he said “ok.” Then I said “have a good night” and he smiled at me. And I went with my friend to continue shopping. That’s exactly what happened.

Is Henry the BEST or what?! and check out that style of his.. the man sure knows how to dress!