Superhero Movie News is claiming there are two new names in the short list, to play Nightwing in Batman vs. Superman:  Penn Badgley and Ezra Miller welcome to the rumor mill. Read the rest. 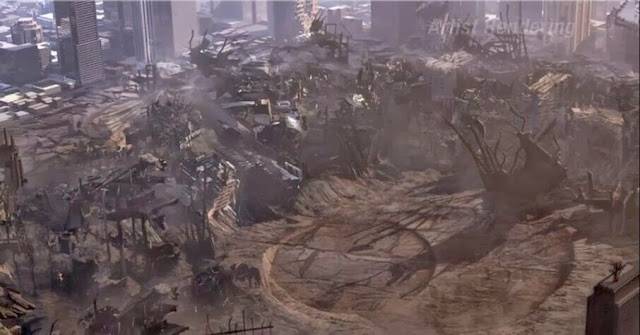 io9.com has an exclusive clip from a mockumentary included in the Man of Steel Blu-ray/DVD out Tuesday. It gives us a look at the concept art of a destroyed Metropolis, but we think it serves more like a teaser of things to come.. check it out at their site. During a live Man of Steel Q&A director Zack Snyder went into detail about the destruction that's been so controversial. You can watch that clip in our wrap.

Snyder mentioned that Marvel doesn't get that sorta criticism when their superhero films destroy a city, or in the case of the Thor sequel.. **SPOILER AHEAD** the Old Royal Naval College in Greenwich. We watched the film this weekend. But instead of focusing on the world of superheroes, all we could think about was how that same location will pop up in The Man from U.N.C.L.E. Check out our exclusives pics of Henry and video from that set. 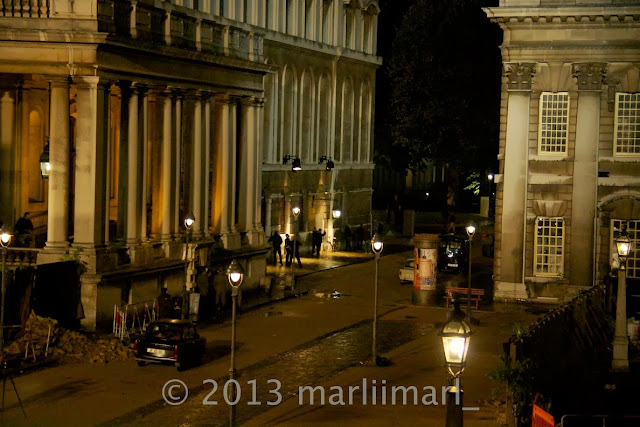 Director Guy Ritchie spoke to the LA Times (via) about filming there, and the sudden popularity of British locations:

Like others, English director Guy Ritchie, who has made two Sherlock Holmes movies for Warner Bros. in Britain and is now at work on "The Man From U.N.C.L.E," is noticing his home turf getting more crowded. While shooting a car chase at the Old Royal Naval College in Greenwich, which he had also used in his 2005 film, "Revolver," and in "Sherlock Holmes," Ritchie noted that the location has popped up in several other movies, including "The Dark Knight Rises," "Skyfall" and "Les Miserables.""Maybe the novelty will wear off," Ritchie said. "I quite like it, because I can go home at night. I don't know who the chap is that got this going. Whoever he is, I'd like to take him out for a drink."

The filming locations for U.N.C.L.E. have all been pretty amazing and we can't wait to see them all in the film. Don't miss our exclusive photos of Henry and Armie Hammer doing a very cool boat chase scene in London this week. More to come!
Posted by Blog Administrator

Email ThisBlogThis!Share to TwitterShare to FacebookShare to Pinterest
Labels: All About Henry, Man of Steel, News, The Man from U.N.C.L.E