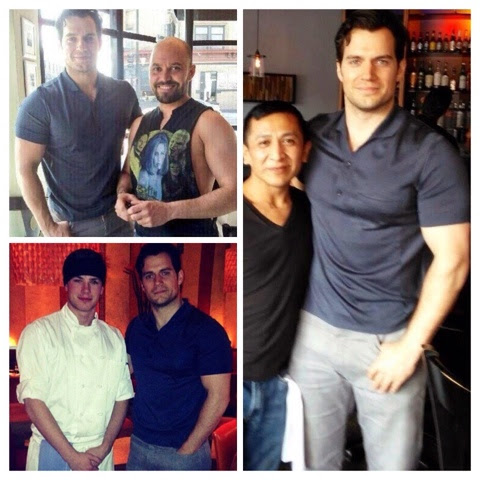 We've all noticed it in recent fan pictures, Henry is back in Man of Steel shape (some say even bigger than last time) as he prepares to put on the Superman suit once again in Batman vs. Superman. As you know if you've been following our updates since last year, building that massive body is no easy task. Men's Journal talked to Henry's trainer Mark Twight, for a feature on "Building a Bigger Action Hero." The entire article is a MUST READ, but we're highlighting his comments, along with those of producer Deborah Snyder. The story deals with the pressure for actors to have the muscles of the characters they are chosen to embody, and the different routes taken to achieve that. In Henry's case, all hard work and determination. 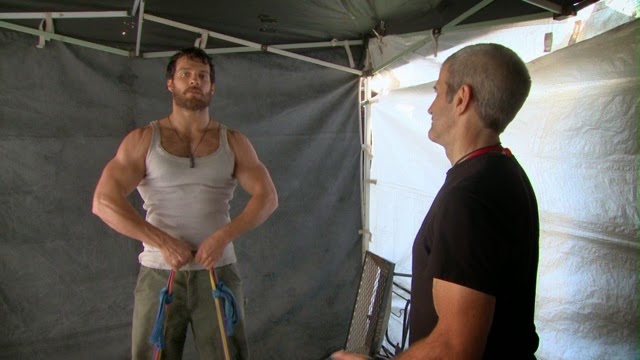 "On the set of last summer's Superman – Twight banned junk food and soft drinks from the set, as he continued to sculpt the new Man of Steel, Henry Cavill. The trainer has nothing but praise for Cavill, who had to keep up his physique for a grueling 127-day shoot. "It's not like you're peaking a guy for three days for his shirtless scene," Twight says. "You're living with this guy for a year." 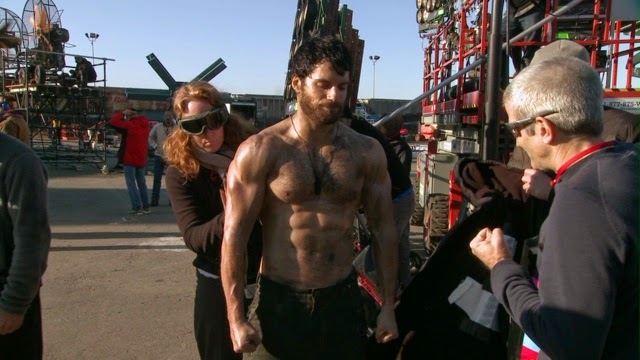 For the six months prior to the shoot, Cavill worked out and ate according to Twight's plan. The film's producers actually contacted Twight and his wife, Lisa, a trainer, to make sure they weren't giving Cavill anything illegal. With tarnished heroes like A-Rod and Lance Armstrong, it was important to establish that our most American superhero wasn't a juicer. 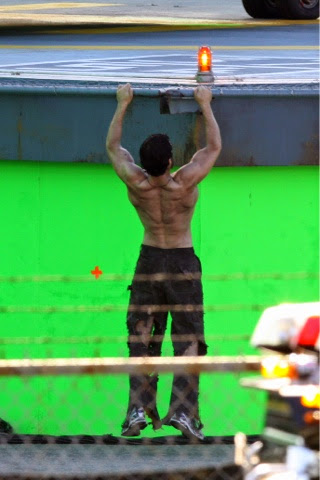 "Someone in production had me more than pinky swear," says Lisa, leaning on a stationary bike. "They told me that they'd be drug-testing Henry."

"They never tested him," says Twight, "but I gave them a list of every supplement, with contact numbers." 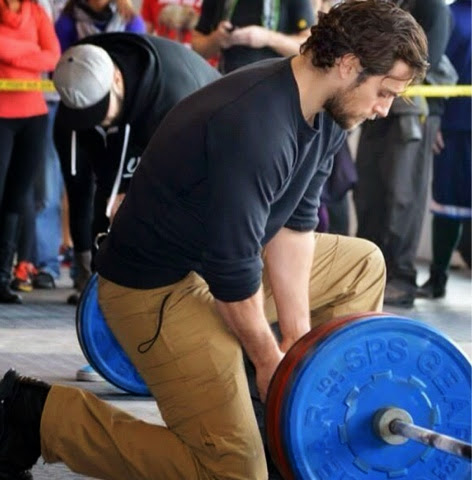 Twight says there is a secret to Cavill's transformation. "Yeah, there's a 90-day miracle, but you're not gonna fucking like it," he says, laughing. "It's hard work. It's commitment. Self-discipline. Persistence. And mindful attention to all this stuff. Then you can become whatever you want."

As Deborah Snyder puts it, the full transformation is key to getting any action role in Hollywood:

"A decade or so ago, Stallone and Van Damme and Schwarzenegger were the action stars," says Deborah Snyder, who produces husband Zack Snyder's films: 300, Man of Steel, the upcoming Batman vs. Superman movie. "Now we expect actors who aren't action stars to transform themselves. And we expect them to be big and powerful and commanding."

And that is exactly what Henry has achieved. These days Superman is looking more than ready to take on Batman, and to hear him say it, even Doomsday. Read the complete article at Men's Journal. 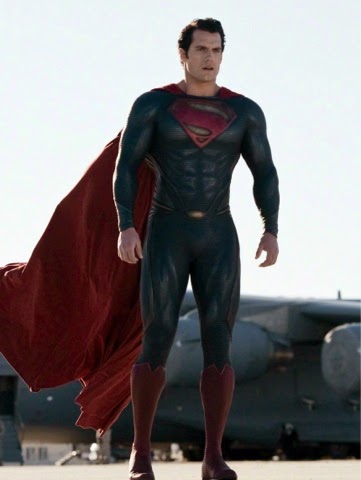 Email ThisBlogThis!Share to TwitterShare to FacebookShare to Pinterest
Labels: Batman vs. Superman, Henry is THE man, Man of Steel 2, Mark Twight, Training