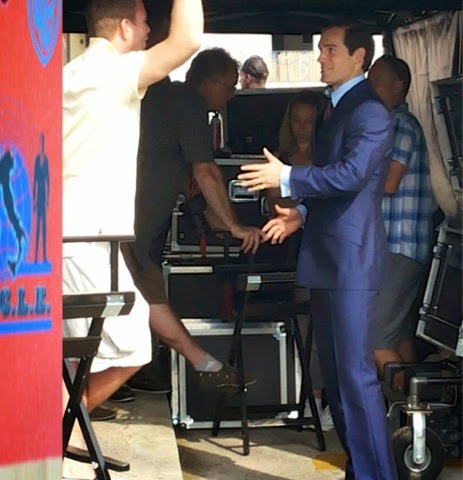 Check out Henry in that snazzy 60s suit! - Aerogroup Errichiello, shared these great new behind the scenes pics from the Italian set of The Man from U.N.C.L.E. Filming took place in Rome and Naples last fall. 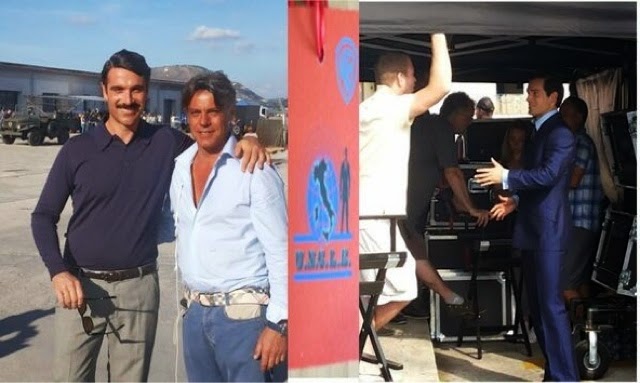 The cute one with the grin and the mustache, is the man that's gonna give Solo a beating. Don't think we've forgotten about that Luca Calvani. For those of you catching up, here's a little preview.

Earlier this week Jared Harris revealed his connection to Solo, and now he's teased a little more about what fans can expect when U.N.C.L.E. hits theaters. This is what he told Collider:

I don’t want to speak too much about anything specific, because they want to do that when it’s appropriate for them, when they get ready to get everyone keyed up about it- but it’s set in the 1960s, it’s a Cold War spy story. It’s got Guy’s sort of signature mix of a great sense of humor, a good exciting adventure, action sequences, and that sort of signature visual style that he has. It was great fun being there, it’s always good fun on one of his sets.

Just yesterday Henry was in a Detroit studio doing some ADR work for the film, and the excitement is definitely building! - The Man from U.N.C.L.E. is set to be released January 16, 2015.

Email ThisBlogThis!Share to TwitterShare to FacebookShare to Pinterest
Labels: Behind The Scenes, News, Solo Time, The Man from U.N.C.L.E