Thousands Show Up For 'Batman vs. Superman' MI Casting Call 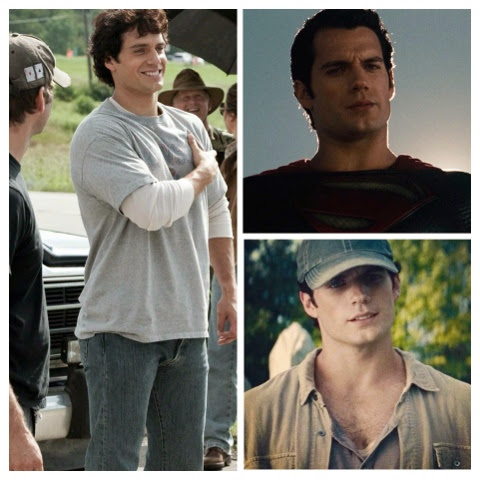 Yes Detroit, we'd be dancing too! - the casting call for Batman vs. Superman was held today in Troy, Michigan. At last check an estimated 7,000 people showed up for their chance to be an extra in the film.

Maryellen Aviano, a Warner Bros. casting coordinator, said Sunday after representatives cut off the line for tryouts that she had seen about 4,000 people. An assistant said another 3,000 were waiting outside for their chance. 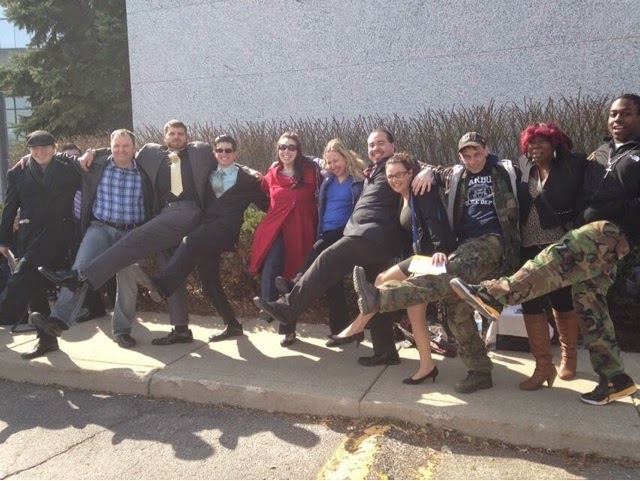 Just passed the open casting call for extras for Batman Vs. Superman. It is miles long. Settle down people.
— Janelle Lindow (@Nelle_Lindow) April 27, 2014

We LOVE this guy..


Luckily even with the long lines and cold weather, those waiting took it all in stride..

So I'm in line for the casting call of some indie movie called Batman/Superman, apparently, generating some buzz. We'll see how it goes.
— Man Who Was Thursday (@AllHailEric) April 27, 2014


This casting call line is bigger than the line at Walmart on Black Friday #MyActingCareerBegins
— Christian Jeszke (@ChristianJeszke) April 27, 2014

Sure, being an extra means long hours and okay pay, but the chance to work with Henry, director Zack Snyder and the rest of the cast and crew?.. we'd do it for FREE. 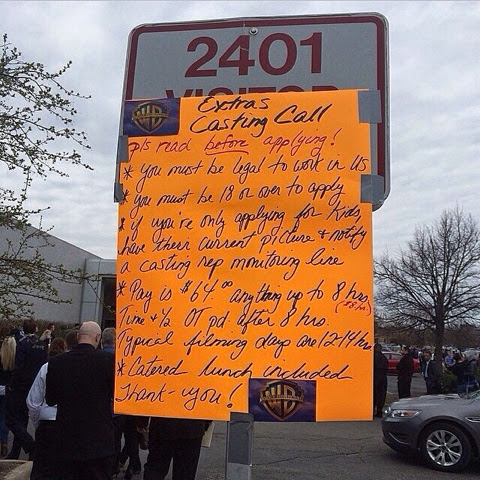 So what roles are available? everything from an F.B.I. agent to a baker according to Aviano, who spoke to the local FOX station. 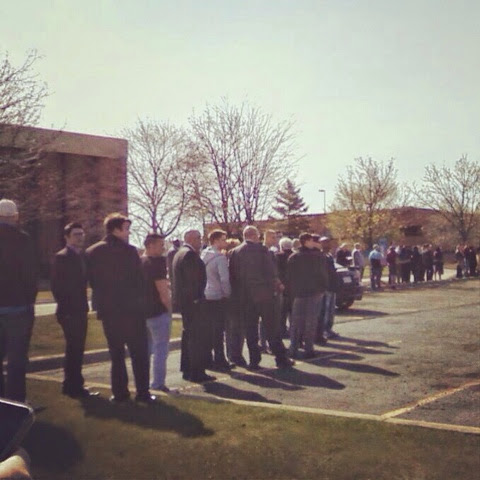 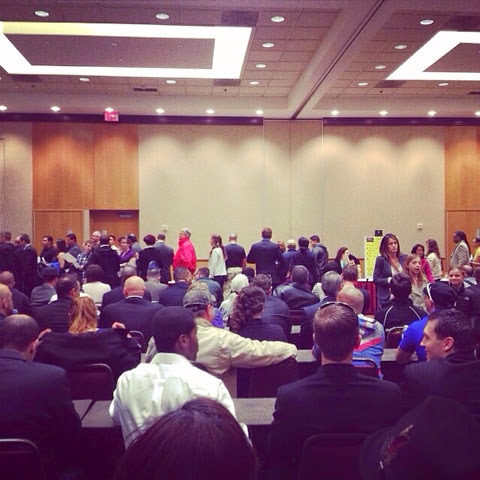 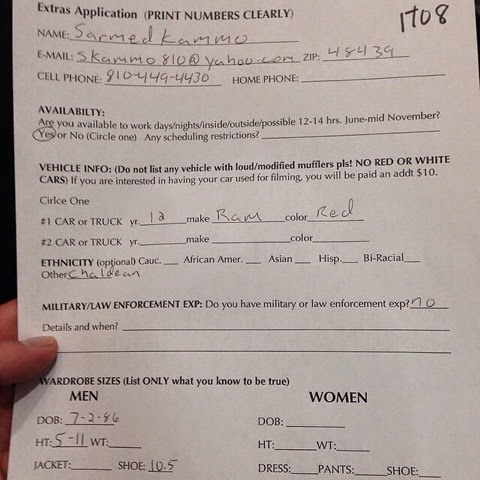 
You can see more pictures at The Oakland Press, and don't miss Simone Cromer's report from the casting call with many more details and photos.

So I showed up early and am already done while 2-3000 people wait. Casting call today for the new Batman vs. Superman pic.twitter.com/pborua8Kuh
— Devin (@DeDoony24) April 27, 2014

The casting call was awesome. Waited 2 hours outside in the freezing cold, but it was worth it. #batmanvssuperman
— ☢☢Kellen Pembleton☢☢ (@kellenpembleton) April 27, 2014

Kellen is right! - While talking to a Detroit station, the casting director for Warner Bros. highlighted exactly why today's wait was MORE than worth it: "It's gonna be an incredible project, we all know it."


We couldn't be happier for you Detroit.. and jealous. Really, REALLY green with envy. Good luck everyone! 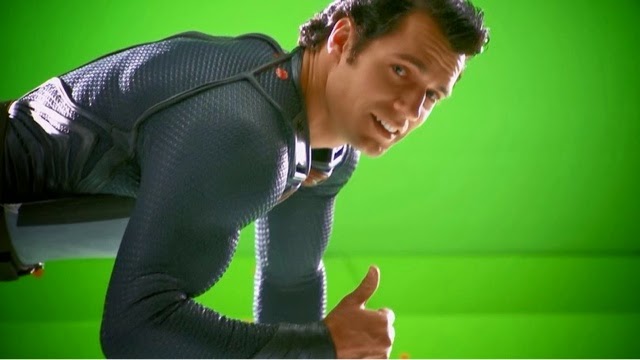