The Man from U.N.C.L.E. In Brazil: Interviews

We got a preview of The Man from U.N.C.L.E. interviews Henry and Armie did in Brazil on Monday and Tuesday, and now they are starting to come in. We'll keep updating the post as they are released.

Judao: This brave reporter chose to wear a Batman t-shirt to the junket.. and Henry (and Armie) let him have it! lol. They also talk U.N.C.L.E. accents, and girl power in Hollywood: WATCH.

Adoro Cinema was on the red carpet for the U.N.C.L.E. premiere in Rio. Watch their interview with Henry (He's such a great Supes) and see their cool footage.

Plus TV  -- Superman or Solo? -- Watch Henry's cheeky answer on the red carpet. And don't miss Armie's plea on why you should watch the film.

Nerd News: Do Armie & Henry get tired of each other?.. Watch their cute answer.

Leitura Dinamica: Henry talks end of the press tour, and why it was so great to finish in Brazil. He also mentions being taken aback by the passionate reception he received by his fans. Great interview. WATCH (or click on the pic to watch below). 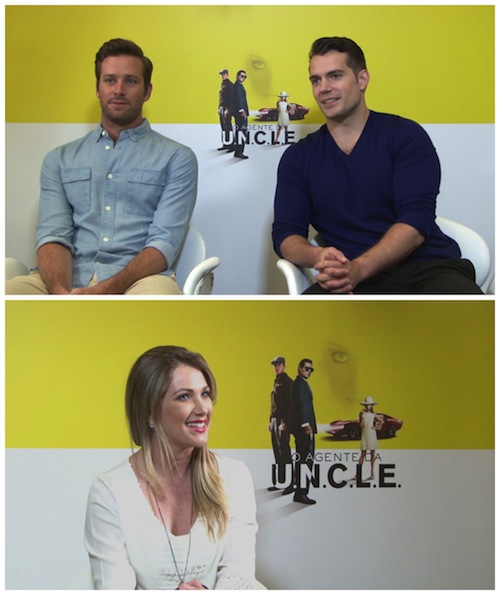 Holandes TV: You know that sign, that Armie held up for Henry in the Warner Brothers premiere video?.. it shows up in this interview as well, and you can see Henry's reaction to it.. WATCH.


E! Online Brasil: Henry talks about his experience in Brazil, the dinner that turned into a dance party, and more.. WATCH.


Gaby is busy translating her interview, that she says will air this week. We'll share it if/when it's available online!

TV Fama: This clip has Henry's answers dubbed, but it includes new footage of him at the premiere and at the tourist spot he visited during his time in Brazil. WATCH.

Papel Pop: Henry's three word answers prove to be very revealing (and the last one so endearing), plus you get to see Armie's candid coffee moment and Henry's kiss to Brazil! -- WATCH.


Central 42: Henry keeps it short and sweet, while Armie basically spells out what needs to happen for them to get a sequel. WATCH.

Chak Films: The Argentinian site has a nice wrap of their trip to cover the junket and premiere in Brazil, plus you can hear Henry's voice under the dubbing. WATCH.

Luciana by Night shared this preview of her interview with Henry and Armie. They talk about that scary water stunt (Click pic to watch). We'll update with the full thing when/if it's available. Thank you @HWCavillBR x -- UPDATE 9/2: CLICK HERE TO WATCH THE ENTIRE INTERVIEW. 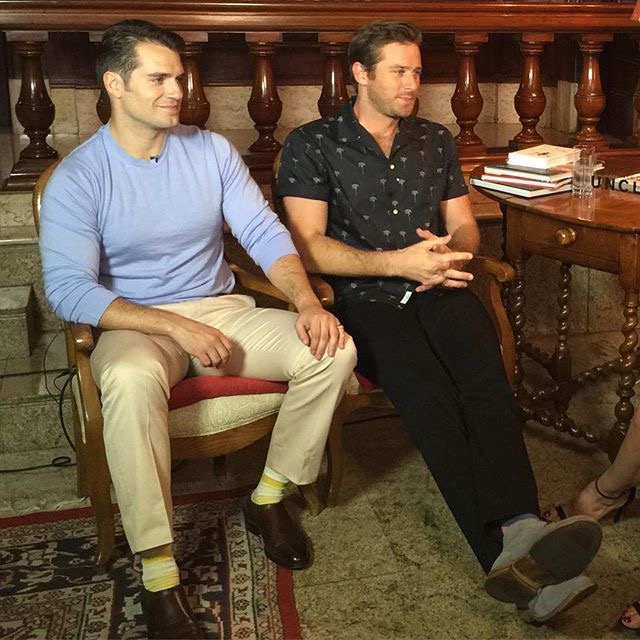 The show also posted this pic promoting the appearance! 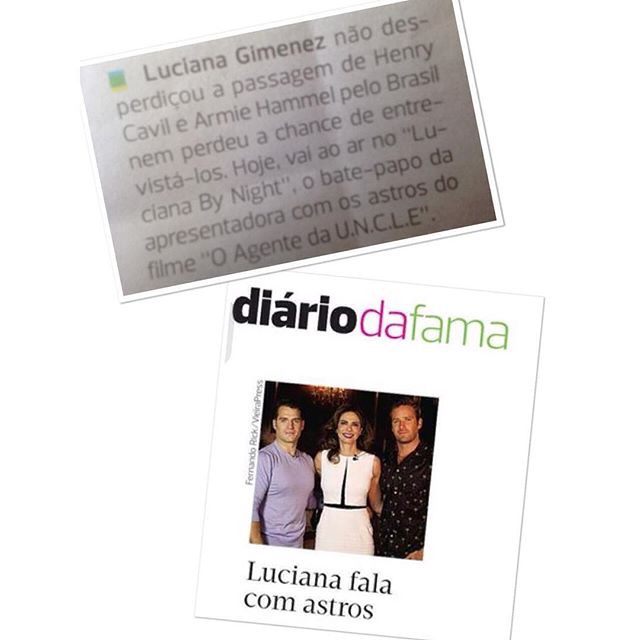 Federico Devito had Henry worried about his questions, but he got some really fun answers. WATCH.


Canal Woohoo: Henry talks about the fan reception, "I really want to come back now." WATCH.

The Noite: We give Henry props for going along with the silliness. You aced it Solo!


RebootSuamente.com has a nice wrap with highlights from the Rio premiere. See their great pics on their site.

Omelete: Henry tweets! seriously.. probably the closest we're gonna get to that. And you're gonna LOVE what Armie has to say about Supes. WATCH.