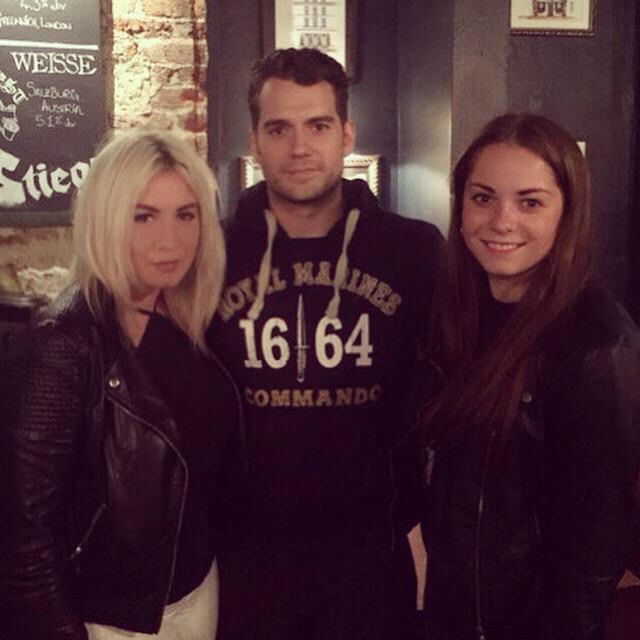 Amy (being_amy_kate) and her friend met Henry in London tonight, and just shared their pic. Thanks for posting!

Got to meet the handsome #henrycavill tonight such a gentleman and so beautiful it's unreal #blogger #Superman pic.twitter.com/4HMlwXIhHH
— Dreams and Dumbbells (@Dreams_Dumbbell) August 28, 2015

Henry just returned from Brazil, which was the last stop in The Man from U.N.C.L.E. press tour. In no time he'll be getting ready to become Superman again, with pre-production on Justice League expected to begin in January.

In the meantime don't miss U.N.C.L.E. when it comes to your city, it's a blast!
Posted by Blog Administrator