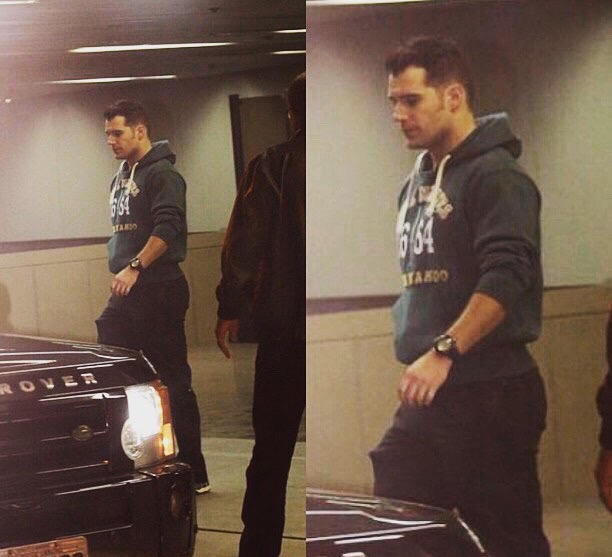 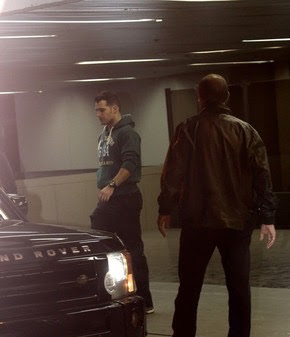 These are the first pics of Henry at the airport in Rio de Janeiro tonight, as he arrived ahead of The Man from U.N.C.L.E. premiere there on Monday (RMCTF representing!). 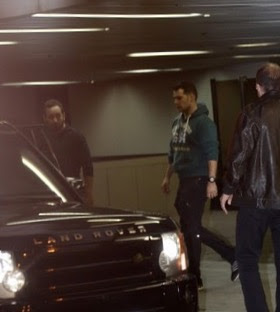 Armie is also on his way..

Coming for you, Rio 🇧🇷! #notanemojiperson #butthisonefeltright
A photo posted by Elizabeth Chambers Hammer (@thisisechambers) on Aug 22, 2015 at 1:46pm PDT

We love Elizabeth so, so much..

Repost from @officialhenrycavillbr. Amazing on every level. #manfromuncle #kindoffuzzy,butstill
A photo posted by Elizabeth Chambers Hammer (@thisisechambers) on Aug 22, 2015 at 2:04pm PDT

Best way to move through the Miami airport #ourgolfcartisfasterthanyours
A photo posted by Armie Hammer (@armiehammer) on Aug 22, 2015 at 8:38pm PDT


UPDATE: Armie arrived to swaaag! (we kind of want to see Henry's though).


Warm welcome to Brazil #TeamHammer
A photo posted by Elizabeth Chambers Hammer (@thisisechambers) on Aug 23, 2015 at 7:34am PDT

And Warner Brothers says they have a lot of special things for you in the coming days (we love surprises!).

If you live in Rio, the studio says you are welcomed to come down and greet Henry and Armie on The Man from U.N.C.L.E. red carpet Monday night (7:30pm local time). Here are the full details. Let us know if you go! -- We can't wait to see all your pics/videos and hear your stories.

And how cool is this? -- You will be able to watch Henry's arrival on the red carpet on Periscope. 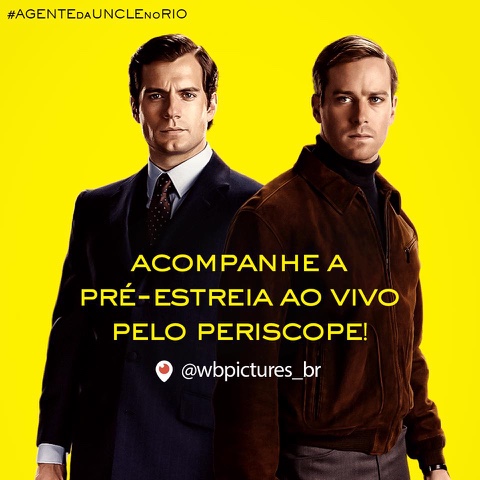 There will also be a special U.N.C.L.E. screening for fans on Tuesday at 1pm (by invitation only). You can enter a contest to win passes below.


We also expect a press conference to take place in the coming days. Stay tuned for the latest from Rio as it comes in. Go get them cowboy!
Posted by Blog Administrator

Email ThisBlogThis!Share to TwitterShare to FacebookShare to Pinterest
Labels: Brazil, Promo Love, The Man from U.N.C.L.E