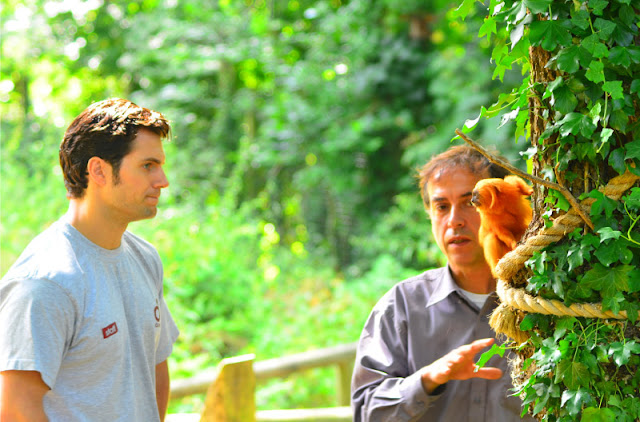 
It's hard to believe it's been a year, since Henry became Durrell Wildlife's first ambassador with a mission to help save endangered animals. Just this past May we were on Henry's home island of Jersey, as he represented and raised funds for the charity at the Siam Cup. A few weeks later he launched the #cavillconservation store, where you can buy some really cool items, while helping him support Durrell. This week's anniversary came as Henry was in New York promoting the release of The Man from U.N.C.L.E., but he made sure to tape a message for the crowd attending the Jersey premiere of the film, thanking them for their support.


Here are a few pictures from the event shared by those who were happy to help Henry and his charity work.

This is why we love #HenryCavill so much! Great job #CavillConservation @DurrellWildlife keep up the great work 😊🐢👍 pic.twitter.com/wr1YMkFtSZ
— Haley (@LImom78) August 13, 2015

The man himself is plastered all over the place but unfortunately he won't be making an appearance. @Channel103News pic.twitter.com/eVyahsBMLX
— Tom Bushell (@TomBushell92) August 13, 2015


Read Durrell's message to YOU, as they reach this one year milestone of collaboration with Henry. We look forward to bringing you the very latest as he continues his work as ambassador for the charity. In the meantime make sure to visit cavillconservation.com, to keep up with Henry's updates and learn how you can help him support this amazing cause.