Promo Interviews: Everything 'The Man From U.N.C.L.E.' 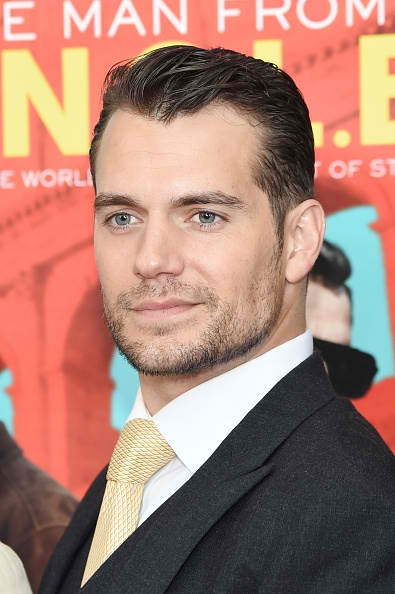 These last couple of days, our twitter timeline has been filled with new interviews from all of The Man from U.N.C.L.E. press junkets and premieres, plus new footage released by the studio. You don't want to miss a thing!

Let's start with the MUST READ interviews..

BUT FIRST: Watch Armie Hammer and Henry Cavill make the phonebook sound sexy (nothing is topping this..) laughing for years.


In his interview with The Guardian, Henry opens up about his insecurities and online bullies. It's definitely an interview you'll want to check out. READ IT NOW.

Henry's interview with Playboy is just as revealing. He talks relationships and settling down. READ IT NOW.

In this interview Henry talks Cavill Conservation, missing his bed, his love for Ireland.


This exclusive with the Irish Times is a really great read. Henry covers A LOT including internet trolls, new home in London, Ben Affleck's humor on the Batman v Superman set, sweet story from his school days.

I meet Henry Cavill. We get on very well. Though he was embarrassed that I was so much better looking: http://t.co/VxmhJSeSrr
— Donald Clarke (@DonaldClarke63) August 14, 2015

Henry talked to Access Hollywood about Guy Ritchie's wedding, why he didn't have to do much training for the fight scenes in U.N.C.L.E.

"Henry Cavill Explains Why There's No Sex in New Movie." -- WATCH his quick answer to E!

thanks to the guys of @manfromuncle Armie Hammer and Henry Cavill for stopping by today 😍 #ManFromUNCLE pic.twitter.com/p9LHGVaeiS
— BuzzFeed Celeb (@BuzzFeedCeleb) August 12, 2015


Henry talked to USA Today, about the difference between wearing a sharp suit as Solo and wearing the "Super" suit.

Entertainment Weekly posted part of the Sirius XM Town Hall -- Here's their interview. You can also watch it on YouTube.


Henry talked to Entertainment City on the red carpet. WATCH

This tweet has video of Henry introducing U.N.C.L.E. to the crowd, and don't miss him trying to
guess the meaning of some acronyms. Cutest thing.


Direct link to the acronym interview.. it's a must!


WATCH Henry's interview with Tribute on the red carpet in Toronto.


"The Man From U.N.C.L.E. (With Movie Trailer): Guy Ritchie Narrates a Scene" -- Great piece by The New York Times. WATCH

This one is a really funny one. Henry talks about Supes, and read why he called his brother an asshole (It's really sweet) plus much more.

In this clip the stars tell you why you want to catch the film on IMAX.

Sit down with Henry Cavill and the #ManFromUNCLE cast in this @IMAX exclusive clip https://t.co/f7HT6n0tgg
— Regal Cinemas (@RegalMovies) August 11, 2015


This one is a really great interview. Henry talks favorite music, Guy Ritchie's wedding, favorite city in the world.

And, uhm.. he's done it again! -- Henry is a walking movie encyclopedia. Don't even try to deny it, smart boy.

Our favorite answer from Henry's Cosmo interview?.. him talking about Kal :)


Henry talks about the nickname Guy gave him while filming U.N.C.L.E.

Favorite wardrobe piece? Most challenging scene to film? The men from U.N.C.L.E. answer YOUR questions #ManFromUNCLE https://t.co/VDCygwPxDc
— The Man From UNCLE (@ManFromUNCLE) August 13, 2015

Henry talks about his Hollywood journey in this interview, and how he goes about trusting people.

Henry talks fight scenes, working with Guy, *not* having been to Texas.. (ehm.. Henry, El Paso for Batman v Superman?).

This one is another funny one..

If you love Henry's British accent, wait till you hear his Italian.. #SmexyAlert

Henry also talked to Spain's RTVE  about the differences between Solo and Illya. WATCH (at about :53). He also chatted with IGN Spain (cute moment alert at about 1:30 where he mentions Superman and the Lone Ranger) WATCH. The interviews are dubbed, but you can still hear what they are saying. Gracias, Cristina! for sending us the links.

And cute caps from it..

Here is another featurette that is a must watch/read.

Cool caps from the video..

Guy mentions working with Henry at the end..


.@JordanThornell asks: Who is your favourite actor to work with? http://t.co/PF3qtb5QMQ
— The Man From UNCLE (@ManFromUNCLE) August 11, 2015

Ahead of its Friday release, settle down with a cuppa and read our 1700-word feature on The Man From UNCLE: http://t.co/maYttE0ryk
— SFX magazine (@SFXmagazine) August 11, 2015


We'll update the post as we get more interviews!

Email ThisBlogThis!Share to TwitterShare to FacebookShare to Pinterest
Labels: All About Henry, Promo, The Man from U.N.C.L.E