The Man From U.N.C.L.E. Promo Schedule: Countdown To Solo! 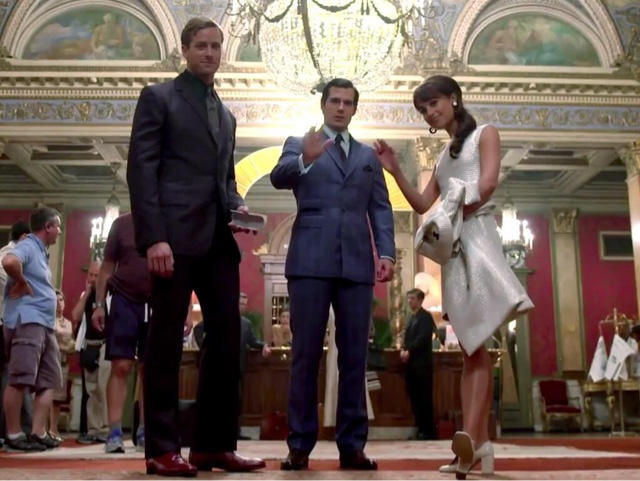 It's been almost two years since The Man from U.N.C.L.E. began production in London, and now we're just days away from its release!

So we're doing a countdown on the blog to cheer on everything Solo!


Out of the shadows to save the world. Henry Cavill stars as the CIA's best in #ManFromUNCLE pic.twitter.com/6pCs11QHOK
— Warner Bros. UK (@WarnerBrosUK) August 4, 2015


Today we're breaking down the schedule of events coming up, so it's easier for you to keep track of them.

First up: The People's premiere at London's Somerset House. It's happening this Friday, and we'll be there bringing you live updates! - Henry is expected to attend the event, along with director Guy Ritchie.

The world premiere of The Man from U.N.C.L.E. is next. Henry and his costars are expected to walk the red carpet at New York's Ziegfeld Theater on Monday, August 10 and you can look for live coverage from New York as well.

That morning Henry will also be a guest on GMA and Live with Kelly and Michael and according to Headline Planet he's headed to the Tonight Show with Jimmy Fallon on Wednesday, August 12 (now confirmed!). That same day Henry will take part in a Town Hall over at the SiriusXM studios.

Toronto is also getting an U.N.C.L.E. premiere on Tuesday, August 11. Read more.

We'll update this post as more appearances are revealed, and look for complete coverage on the blog.

If you live in London, we have two pairs of tickets to give away for an advance screening of U.N.C.L.E. on Monday, August 10. (Thank you, Warner Bros. UK).


London: We have 2 pairs of tix to an early screening of THE MAN FROM U.N.C.L.E – retweet/chance to win! #HenryCavill pic.twitter.com/L8QCj0449n
— Henry Cavill News (@HenryCavillNews) August 4, 2015


And don't forget we're counting on you on opening weekend! (August 14). Make it a girl's night out, make it a date night, make it a family night, help make this film a box office hit so we can get a sequel!

Send in your pics and videos from opening night, so we can share them with everyone and have an U.N.C.L.E. party online.

For everyone else, please check when The Man from U.N.C.L.E. opens in your country/city and turn up for Henry!

Email ThisBlogThis!Share to TwitterShare to FacebookShare to Pinterest
Labels: Fan Anticipation, The Man from U.N.C.L.E