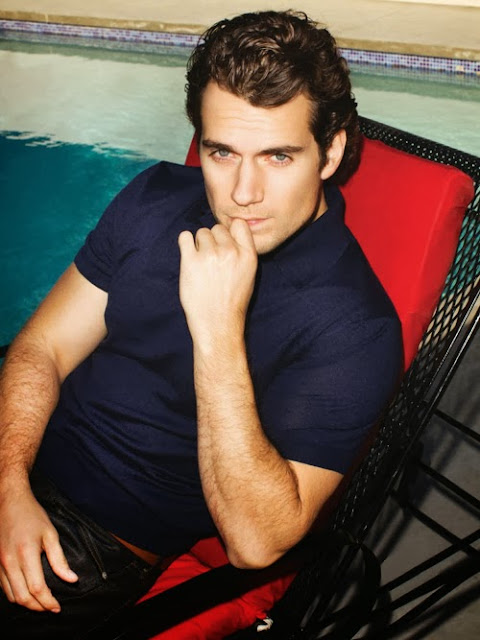 From his shining Man of Steel performance, to a preview of his debonair agent Solo in The Man from U.N.C.L.E. -- Henry Cavill has more than proven he has the talent to go along with the looks. Now Glamour UK readers have voted him Sexiest Man of 2013.  It was quite a victory, considering that he beat four time reigning champ Robert Pattinson who this year comes in at #2.

So what does Henry think about being called a sex symbol? -- see original version (at about 1:00).

Henry's win is mentioned alongside his Details pic inside Glamour UK with this caption:

It's official: Henry is the sexiest man on the (not just Daily) Planet. Combining the perfect physique (we studied it thoroughly through his Superman suit) and bucket loads of charm, not to mention the kind of blue eyes you could stare into all day, he can sweep us off our feet any time. 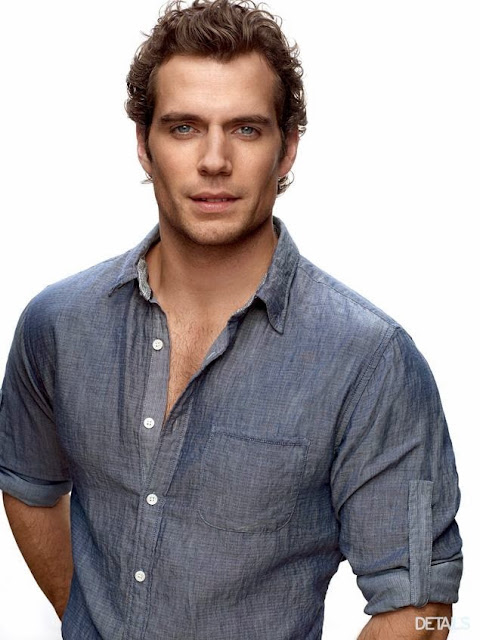 The magazine is out in the UK December 5th. Congratulations Henry!