Turns out Henry Cavill was in the harrow last Saturdays and no one even realised
A photo posted by James Watts (@james.watts17) on Sep 23, 2016 at 3:15pm PDT


James met Henry outside of London, and today he shared his pic.


that why @theharrowtwits is the pub to be! even the rich and famous can come and chill! pic.twitter.com/LJA5SnksN3
— The Harrow Aylesbury (@theharrowtwits) September 23, 2016 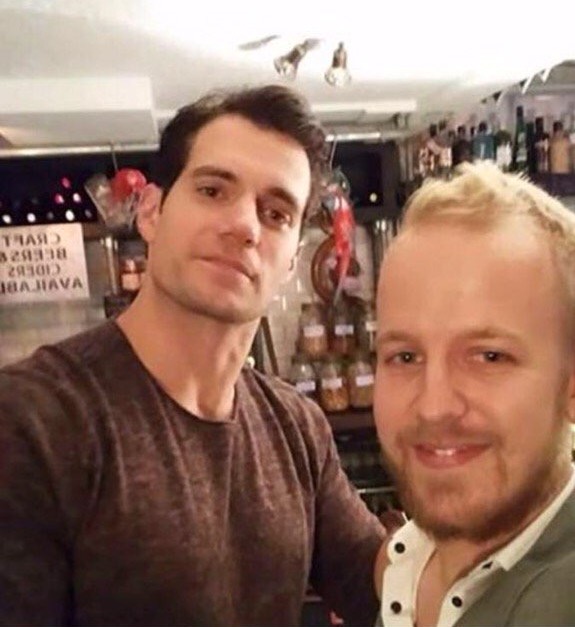 
Is it a bird, is it a plane... no it's an amazing story about Superman popping into local pub in Bucks townhttps://t.co/peeHhMgvrg pic.twitter.com/Cek6MbTX7u
— Banbury Guardian (@banburynews) September 23, 2016

Today Dannielle also got to hang out with Supes.


Thanks for sharing everyone.