The Durrell Challenge: One week to go! 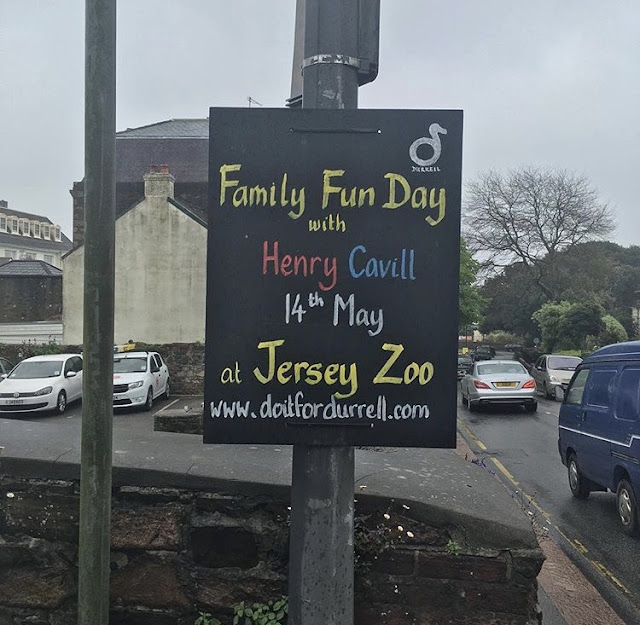 
Just one more week to go, until Henry joins hundreds of people at The Durrell Challenge on his native island of Jersey. The money raised at the run, Superhero Stroll, and the Family Fun Day will go to help Durrell continue its animal life-saving work around the world.

Fans participating that day are ready to go..

@HenryCavillNews @DurrellWildlife Even on a wet and miserable day this boy has to go to Jersey Zoo #doitfordurrell #autism #dyspraxia xoxo pic.twitter.com/KX7tIkJga3
— Angela Russell (@Angemundo) May 6, 2017


and so is Henry, who just told a local radio station he'll be running with a large group that includes his younger brother Charlie. Last night, he revealed his Team Cavill spirit!


We hope many of you can make it to The Durrell Challenge next Sunday, especially if you live on the island.  You can also cheer Henry on, over at his fundraising page.


Are you a Jersey superhero? Henry Cavill and @DurrellWildlife need you! Here's how you can help them next weekend... https://t.co/3YfJ4xpCSi pic.twitter.com/FveyC3BAvO
— Gary Burgess (@GaryBurgessITV) May 8, 2017


Look for updates from Jersey.
Posted by Blog Administrator