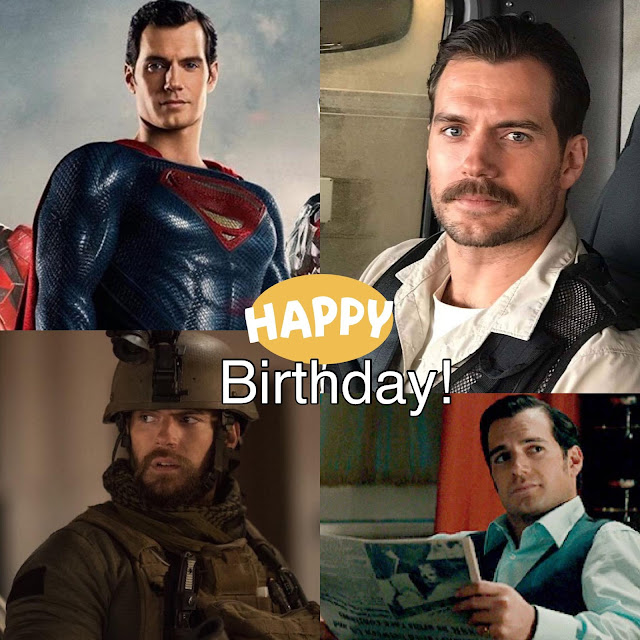 Henry is turning 34 today, and we hope you join us in wishing him a very  happy birthday on his Instagram and Facebook.

The best wishes are coming from all over the world! 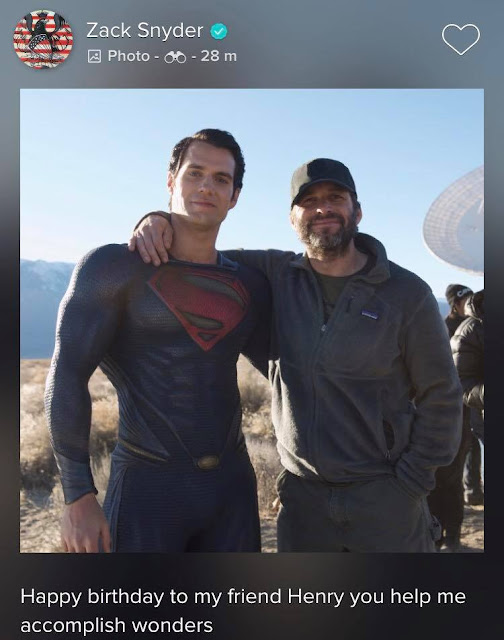 
Happy birthday to our Man of Steel, Henry Cavill. pic.twitter.com/ndGivR3lc1
— Legendary (@Legendary) May 5, 2017

Happy Birthday to our Ambassador @henrycavill! #RMfamily #henrycavill
A post shared by The Royal Marines Charity (@thermcharity) on May 5, 2017 at 1:31am PDT

Two special birthdays in one week! How lucky are we to work with such inspiring, hard-working men? Cheers to both @TheRock & #HenryCavill!! pic.twitter.com/bmdTBIw1FA
— The Garcia Companies (@GarciaCompanies) May 5, 2017


He was the man from U.N.C.L.E & our Kryptonian hero! Henry Cavill is giving us serious Man Crush Goals! pic.twitter.com/xwk06EPJf2
— HBO India (@HBOINDIA) May 5, 2017


On Henry Cavill's 34th birthday a reminder that he is the nicest person in Hollywood. #hothenry https://t.co/aWeuRG6Hm5
— Giana Mucci (@RatedGiana) May 5, 2017

Happy Birthday @henrycavill Love you old man. #henrycavill
A post shared by Bradley Berlin (@bradleyberlin) on May 5, 2017 at 9:02am PDT


Wishing the handsome square-jawed 'Man of steel' #HenryCavill, a very #HappyBirthday! Hit like & RT to wish him. pic.twitter.com/cVTXDW7ToW
— MN Plus | Gold Class (@mnplustv) May 5, 2017


Happy Birthday Mr Henry Cavill ! Proud to have your original costumes of #manofsteel and @BatmanvSuperman in our museum for #ExpoDCParis pic.twitter.com/YtvpIlnQNr
— Art Ludique Le Musée (@ArtLudique) May 5, 2017

Happy Birthday to Superman himself, aka Henry Cavill who was also great in The Man from U.N.C.L.E. 🎂🍾 #HenryCavill #bornonthisday pic.twitter.com/4OAaR3qUp3
— My Film Club (@MyFilmClub) May 5, 2017


And check out these awesome illustrations made by fans..


🎂 Happy Birthday to You Henry Cavill. Happiness, health, success, love and friends. And what I want for you. I hope you enjoy your art done with love. Happy birthday to you SUPERMAN 😉💪💙📸🎂🍰🍾 #henrycavill #superman #henrycavilllove #henrycavillsuperman #hero #dc #dccomics #art #cartoonist #lovehero
A post shared by Luciano Carvalho (@luart76) on May 5, 2017 at 9:54am PDT

It's apparently also Superhero Day.. coincidence?.. we think not!


Not all heroes wear capes - especially when they're attempting the #RoyalMarines assault course. #SuperheroDay #HenryCavill pic.twitter.com/xhFdDZSiuY
— Royal Navy (@RoyalNavy) May 5, 2017

The best is yet to come!