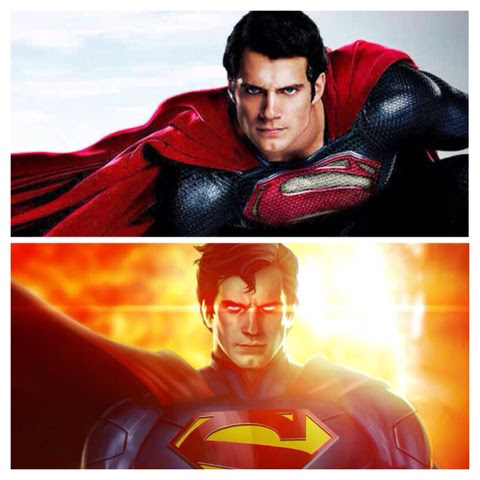 It's no secret that we've been crushing on 'Infinite Crisis' Superman, ever since we realized:

b) He was most DEFINITELY designed, based on Henry's Man of Steel.

c) The game is as real as it can get and Superman kicks some SERIOUS butt.

But apart from that little obsession of ours, we've also been mulling over a few things we noticed. What IF this is what the new suit will kinda look like.. you saw that alleged leaked Batman costume pic (no we're not linking it). It had metal and stuff. Michael Wilkinson did also tell us the reason he's tweaking the costume is to "suit the cinematic universe even better," and what about the rumored curl?.. yup, he's got it! - either way we should learn soon enough, with pics of the Batman vs. Superman costumes expected to be released any day now. In the meantime, check out the trailer for the new online game that you can now try out for FREE. The Hollywood Reporter explains a little bit more about it - then let us know how we get to the Mega-hot Man of Steel up there. Hey, we never claimed we were gamers.