Chilly Man of Steel: Winter Not Done With Detroit

We're just a few days away from the beginning of spring, but don't tell that to the city of Detroit. It's been a record-breaking winter and Henry has been there for most of it. You know what that means... beanie appreciation post part 2! (part 1). 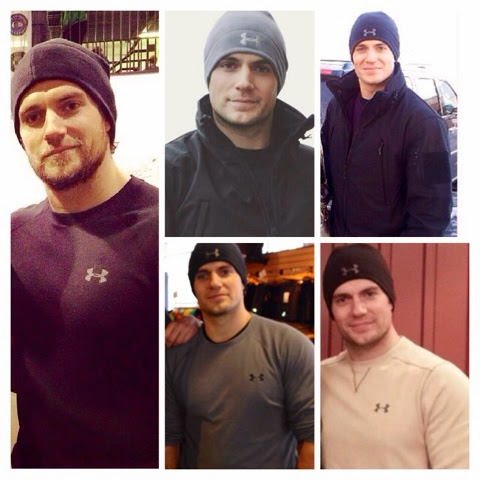 Hang on bearded Superman, it's almost over! (says the writer typing this up in balmy L.A.) -- costume designer Michael Wilkinson did tell us he'll be in Detroit for the "most beautiful time of the year," during the months of April through December. Production updates as we get them!
Posted by Blog Administrator

Email ThisBlogThis!Share to TwitterShare to FacebookShare to Pinterest
Labels: Batman vs. Superman, Chilly Superman, Henry is THE man, It's Frickin' Cold in Detroit, Pre-production