Man of Steel 2: New Batmobile "Finished But No One's Seen It" 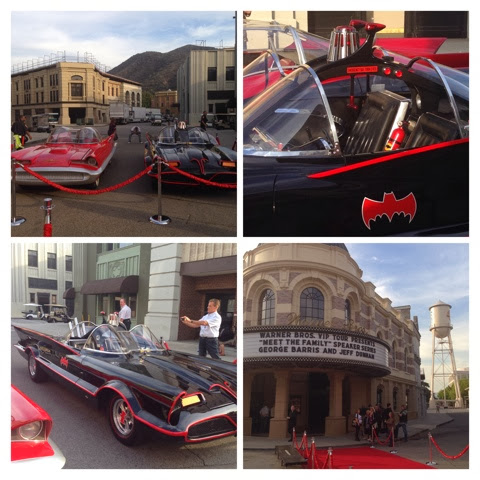 We are lucky enough to have Warner Brothers as our neighbor, so when we heard about the "Meet the Family" Speaker Series with the creator of the original Batmobile, George Barris, we couldn't pass up the opportunity to check it out. Replicas of the cars George built were on hand when we arrived for the Q&A. What followed was a very cool conversation with not only Barris, but his sister Cassandra Salapatas-Metz, who is the Assistant Director of Transportation at Warner Bros. The chat moderated by comedian Jeff Dunham, focused mostly on the 1960s Batmobile and what Barris has worked on through the years. But as it was wrapping up, we asked Salapatas-Metz if she expects the new Batmobile to make an appearance at this year's Comic-Con. She couldn't really talk about it, but her response was followed by a big reveal (starts at about 1:16:40).

"Well, I'm not at liberty to say, but I think you might have a point there. But I think.. let's put it this way, it's been spoken of.. so always possible. We're at the ready, us teamsters.. we're ready to roll if need be."

At that point Dunham jumped in, adding "and the other Bat.. the new Batmobile is finished, but no one's seen it," to which Salapatas-Metz replied "that is true, that is true, it's all under wraps as they say."

Just last week director Zack Snyder confirmed filming will begin next month in Detroit, and the rumor is we'll get to see the new costumes before then. Who knows, maybe we also get a Batmobile reveal.
Posted by Blog Administrator