Pub Sighting: Henry Is Back In London, Everyone! 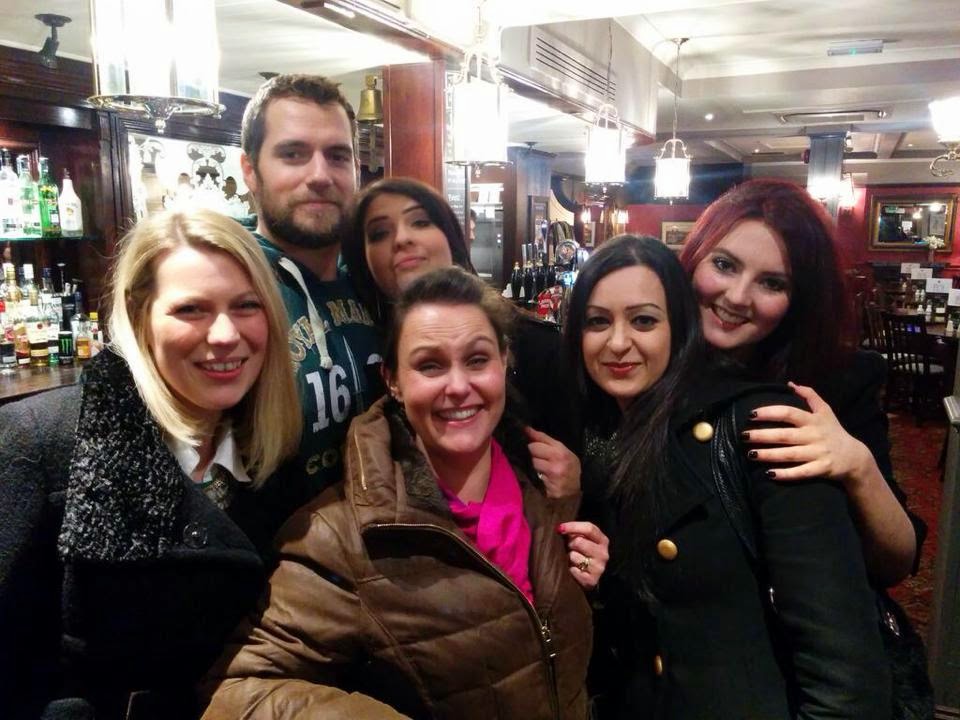 
@debbie_convery: "An evening of drinking with superman! (..) Got chatting, asked where I recognised him from. . . several rounds of drinks later, he revealed who he was!!"


@girlinme @HenryCavillNews we didn't know who he was til several rounds of drinks in!!Tequila,Guiness,Amareto,Bombs...superb drinking buddy!
— Debbie Convery (@debbie_convery) February 4, 2015

@HenryCavillNews well, I'd definitely do it again. Recommend it to all :-)
— Debbie Convery (@debbie_convery) February 4, 2015


Thank you again, Debbie! -- We love seeing Henry back in London and these pub encounters are always the best. Enjoy your time back home, Superman.

Henry has just been confirmed as a presenter at the BAFTA awards on Sunday, and will be attending at least one other red carpet event, so stay tuned for A LOT more of him in the coming days!
Posted by Blog Administrator