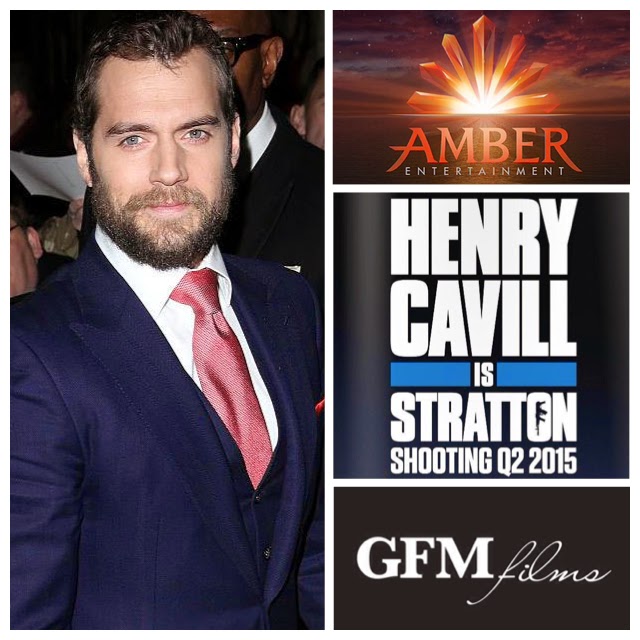 We're delighted to have the great #SimonWest as our director for #Stratton with #HenryCavill ! http://t.co/av3fXMEreO #sbs
— Amber Entertainment (@Amber_Ent) February 25, 2015


It's the big news we've been waiting for. Today GFM Films and Amber Entertainment revealed that Simon West will direct Stratton. Henry's Promethean Productions is co-producing the film in which he'll play a Special Boat Service operative, and this is what he told Screen International about working with West:

“I’ve long wanted to tell a story about the British Special Forces and finally the opportunity has come around. Duncan Falconer’s work is fantastic and we are incredibly fortunate to be working with him so closely. We plan to convert the books to cinema as accurately as possible while keeping them topical. Simon West is a perfect match for this movie with his ability to marry story-telling and action, both of which are essential to do this project justice!”

As for West, he seems very excited to work with Henry:


“I have been looking for an opportunity to establish a new UK based action character for some time and Stratton fits the bill perfectly. The greatest challenge was always going to be who can play a character like that and bring depth and realism. I have followed Henry Cavill’s work for while now and I cannot imagine a better actor to take on this role. Henry is the reason this project is now possible.”

According to Screen International, the story follows Stratton as he and his team risk life, limb and national security to track down an international terrorist cell. Stratton is now reportedly set to start filming this summer in the UK and Italy, and just this week Henry began his military training for the role.

Details on that front are scarce, but that type of training usually takes place at the Commando Training Centre Royal Marines in Devon, UK. The Royal Marines Commando School is a TV series that follows what goes on at the centre:

The show has unprecedented access to arguably the most arduous basic military training programme in the world, going behind the scenes at the Royal Marines' Commando Training Centre in Devon.

We've included the first episode, so you can get a feel for what these recruits go through. Here are the rest of the shows (thanks Lucy).


We don't know exactly what training Henry is taking part in, but we're guessing it might include initial testing that assesses his suitability for entry into the Royal Marines:

The course is composed of four Physical Assessments: A 3-mile run, Gym Test 1, the Bottomfield and a 2.5-mile section of the Endurance Course, which includes a 0.5-mile 'hare and hounds' chase, involving the remaining PRMC candidates to keep up with the PTI. The course lasts for a total of 3 days.

There is a substantial army training camp on Dartmoor which can be reached via Okehampton, and is commonly referred to as "Okehampton Camp". It is managed by the Defence Training Estate, and used by a variety of military units, including the Commando Training Centre Royal Marines (CTCRM), Lympstone, Devon, and many cadet training units.

Some of the most grueling work is said to take place on Dartmoor, with the Royal Navy mentioning how bad things got for their recruits there just a few weeks ago:

The exercise they undertook on Dartmoor recently coincided with some of the worst weather seen in England this winter. The recruits experienced a combination of heavy rain, cold temperatures, snow and high winds.

Author Duncan Falconer recently talked about putting Henry in the field, and getting him "wet, cold and tired." You can see exactly what he means in that video above (at about the 8:30 mark). We wish Henry and the Stratton team the best with this new project, and will continue to bring you updates as they come in. Stay dry, Henry!
Posted by Blog Administrator