New U.N.C.L.E. Pic: A Giggly Solo Ends Up On The Ground 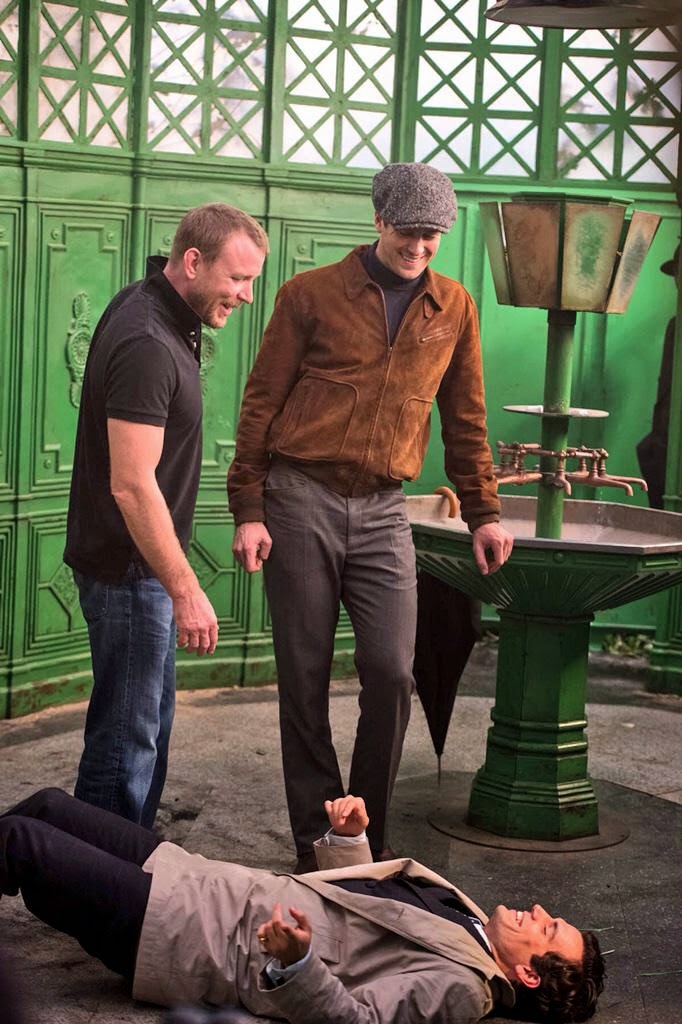 
You have our full attention, Guy Ritchie!

The Man from U.N.C.L.E. director tweeted a new BTS pic from the film, and it looks like fun times! - We saw a bit of that scene in the first trailer (at about :54), and bet that's how Solo ends up on the ground.


The scene was shot at Regent's Park (London), and it was the first place we got a glimpse of Henry as Solo back in September of 2013. You can see some of the sets being built in our U.N.C.L.E. YouTube Playlist, and don't miss the pics from that day!

UPDATE 2/26: Timothy Everest has been proudly showcasing the suits Henry wears in the film. We can't wait to see how they look on the big screen.


Another photo of #HenryCavill looking sharp in one of our bespoke suits in @ManFromUNCLE #ManFromUNCLE pic.twitter.com/YQai3HVPTi
— Timothy Everest (@TimothyEverest) February 26, 2015


Check out our coverage on the film with the help of these handy links 1/2 -- And get ready for a lot more, as August 14th gets closer.
Posted by Blog Administrator