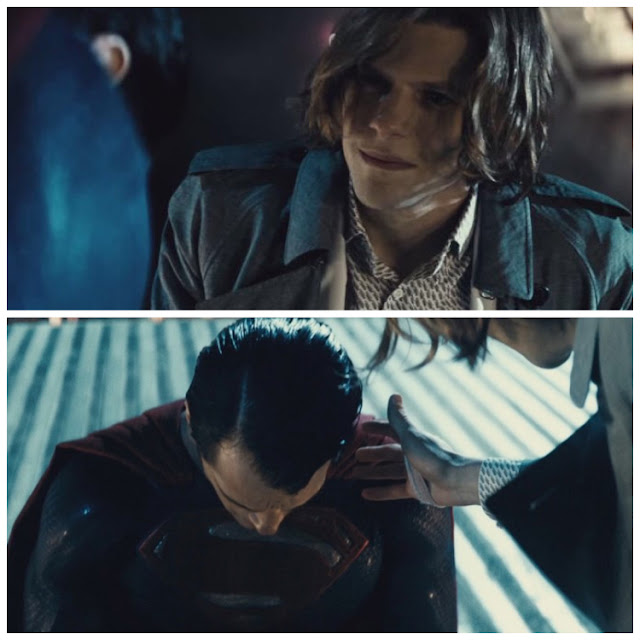 The man who is messing with Supes in Batman v Superman, is on the cover of Wired magazine's special January issue.


We shared Lex's revealing chat with the magazine a few weeks ago, and now the LA Times has a new interview with the very real Jesse Eisenberg:

Eisenberg has just finished filming behind-the-scenes footage for"Batman v Superman: Dawn of Justice," expanding on Luthor's ancillary storyline that Warner Bros. dreamed up for his character's immense corporation, LexCorp. It's a behind-the-scenes look at the making of the SEO-friendly villain that will be used to market the film, which opens March 25.

Side note: We're thinking this may be the shoot they mention..

Thanks to all who worked with us on the Batman v Superman: Dawn of Justice promo in Downtown Los Angeles https://t.co/WUDnEGyEe4
— The Location Portal (@LocationPortal) January 2, 2016


Back to the interview, Jesse says he can't reveal how Lex will eventually lose his hair in Batman v Superman, but he does a great job teasing that moment:

"When you see the movie, you'll see. It's the greatest scene that I've ever gotten to take part in — it accounts for the change in hair." 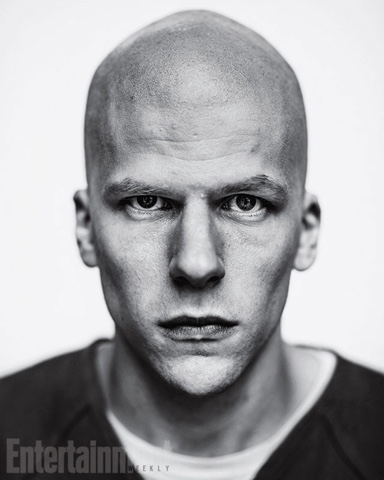 Jesse also shares more on Lex's psyche, and his main beef with Superman:

"He is a narcissist of the first order but complicated in that way as well in that he is terribly troubled and competitive and vengeful. He looks at Superman not as somebody to destroy but as a genuine threat to humanity." 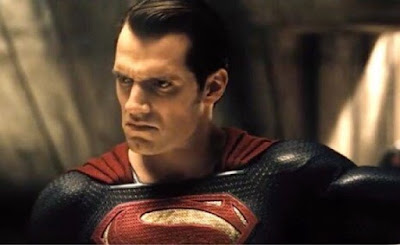 The new article even includes a little update on Justice League, so don't miss the rest!

Billboards for the film have begun appearing all over the world. We spotted this one today on the Sunset Strip, right in the heart of Hollywood. 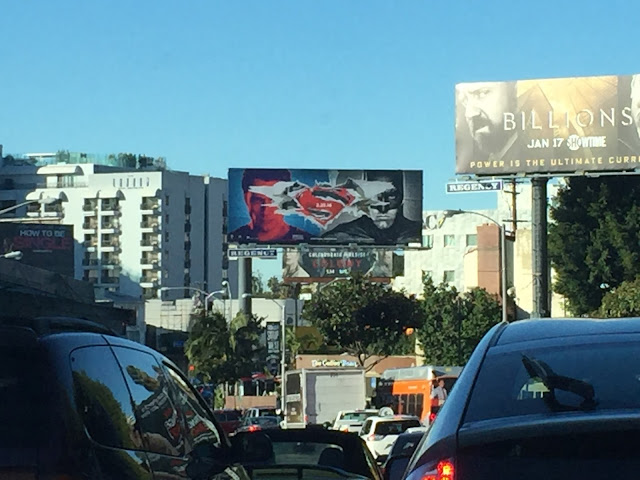 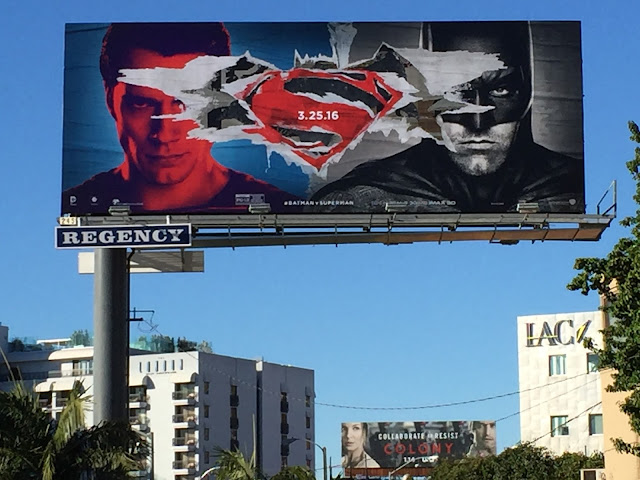 A little bit more than two months to go!
Posted by Blog Administrator