Just a few hours into the new year, and we're already off to a great start!

Warner Brothers kicked off 2016 by unveiling its official Batman v Superman merchandise, that is now for sale at their shop. Check out the new items, but we warn you..  it won't be easy deciding what to get. There is also new stuff over at merchoid.com.

The Today Show kept the buzz going, by giving a shoutout to Henry as it previewed the film.


And Variety and other media outlets, are just as excited as we are about Batman v Superman..

The film: Batman and Superman together in one film... and they're not even on the same side! Zack Snyder follows up his first entry into the DC Cinematic Universe with a superhero smackdown starring Ben Affleck as Bruce Wayne/Batman and Henry Cavill as Clark Kent/Superman. The pair are at loggerheads, Lex Luthor is greasing them up for a scrap, and then Doomsday arrives on the scene. The duo might not be pals to begin with but, as we've seen in the trailer, they'll have to put their differences aside if that dawn is to arrive.

Most exciting element: Batman, Superman and Wonder Woman, fighting together side-by-side. Doesn't get much more goosebump-inducing than that.

Entertainment Weekly also features the Trinity in its latest issue. 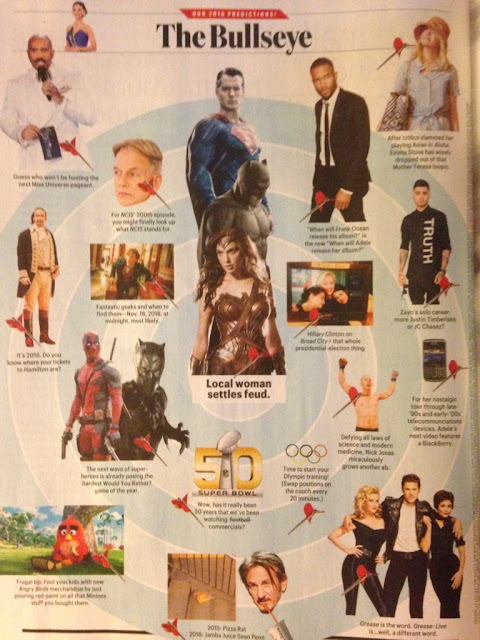 
We are counting down to January 19, when The CW will have more on the film as it previews DC's slate.