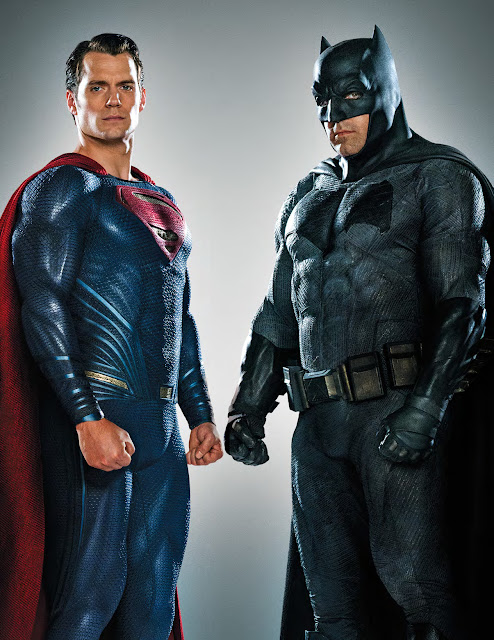 There is tons of Batman v Superman news today, so let's get right to it.

Here's the Cineplex cover without the text, and it's a beauty! -- Henry's new interview with the magazine is all over the internet, don't miss it.
Director Zack Snyder has also been talking Supes and Bats, and in this new interview with FilmInk, he mentions how Wonder Woman comes into play:

Does she have as much screen time as Ben and Henry in this movie?

No, she has a cameo in this movie. No, actually… it’s bigger than a cameo. She comes in and does something.

In the trailer, Superman and Batman make a joke and then Wonder Woman appears. How did that joke come about?

The ‘Is she with you?’ joke at the end of the trailer? You have to see the movie, because it gears into the drama of what’s happening, and if you see it in the context of the film, it completely makes sense that the two of them were trying to figure out who she is…

What kind of dynamic do the three of them have?

Read the rest over at FilmInk. Zack is set to be a guest on Conan, January 13. We can't wait to hear what else he shares. He reportedly also talked to Empire about the film, so check it out.

UPDATE: Zack is doing press all over the place! -- He has a great interview with MTV, where he talks about why fans shouldn't worry that the trailers are giving up too much info:

“I have the benefit of seeing the movie,” he pointed out “It’s cool that they think it’s too much and I appreciate people not wanting to know, but there’s plenty that they don’t know. There’s a lot of movie that’s not in the trailer.”

He mentions leaks as well, and why he hates them. Read the entire article on MTV. Also check out his interview with People magazine.

The Hollywood Reporter is the latest trade to give Batman v Superman a thumbs up ahead of its release. The film is one of its "Most Anticipated of 2016."


DC's beloved characters start to form the Justice League on the big screen, as Henry Cavill as Superman is joined by Gal Gadot as Wonder Woman and Ben Affleck as Batman. Zack Snyder returns to helm the Warner Bros. sequel to 2013's Man of Steel, which also sees Amy Adams reprise the role of Lois Lane and introduces Jesse Eisenberg as villain LexLuthor.

And New York City is getting ready! (right on Times Square).

Billboards are also going up in Japan..

This is for you London..

Become a superhero! Head to the BFI IMAX & prepare to battle in an augmented reality version of #BatmanvSuperman @britishfilminstitute
A photo posted by Warner Bros. UK (@warnerbrosuk) on Dec 29, 2015 at 9:04am PST


Finally, Hot Topic just announced a cool contest you may want to enter. Good luck everyone. 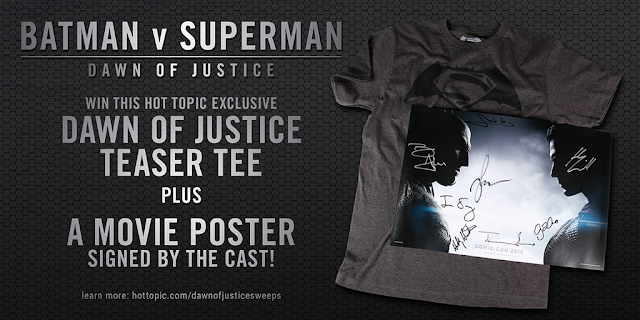 We're staying on top of the latest Batman v Superman news for you, so keep checking back!