#BatmanvSuperman face off in @EmpireMagazine’s new issue. #WhoWillWin #Superman #Batman
A photo posted by Henry Cavill (@henrycavill) on Jan 26, 2016 at 8:59am PST


#BatmanvSuperman face off in @EmpireMagazine’s new issue. #WhoWillWin #Batman #Superman
A photo posted by Ben Affleck (@benaffleck) on Jan 26, 2016 at 9:07am PST


Batman v Superman is now less than two months away, and we are getting SO SPOILED with treats every day. Check out our preview from Empire magazine, and pick up your copy when it comes out January 28.

Supes all the way! (yes, even this most darkly one). 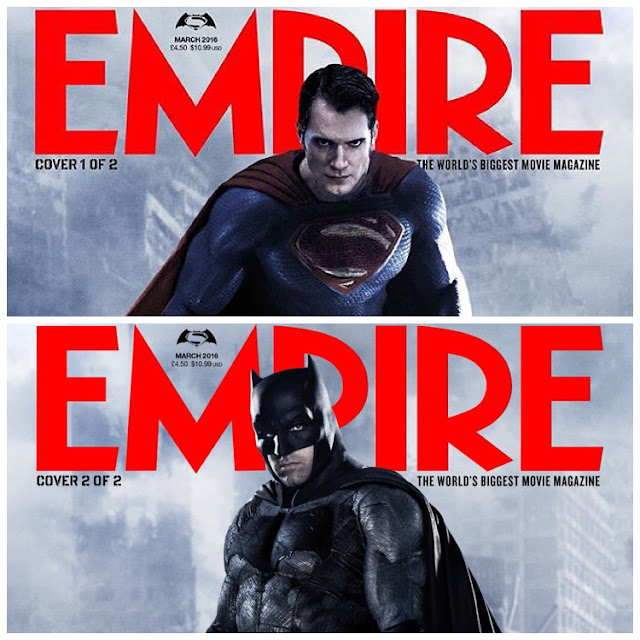 Now you know how we feel about spoilers.. just no.

However after today's cover reveal, we can't ignore the rumors anymore that a certain someone is in the film. And it's all over the internet. And Henry's IG.

Oh wow, great early look at Bizarro, guess those rumors about him being in BVS were true. ...WHAT? https://t.co/0ojBx2fPUn
— Michael Chasin (@MichaelChasin) January 26, 2016

These are all really Bizzaro Superman. I'm starting to think Superman isn't actually in the movie at all. pic.twitter.com/5Jpbw8egwK
— #TeamSuperman (@Steele131) January 26, 2016

If this ISN'T bizzaro it certainly ain't #Superman. It looks like a cold, ghastly Zombie. pic.twitter.com/WsT1HKHqbN
— Jermaine Curtis (@jermainedesign) January 26, 2016


What do you think?