Promo Launch: Turkish Airlines Is All About 'Batman v Superman' 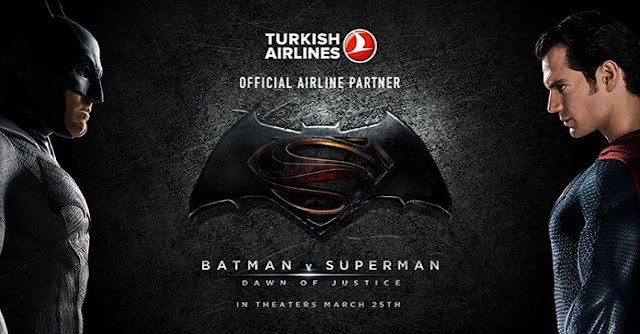 Get ready to fly into the world of "Batman v Superman: Dawn of Justice" with @wbpictures and @turkishairlines! pic.twitter.com/m8RupveaLM
— Turkish Airlines (@TurkishAirlines) January 25, 2016


During a press conference in Istanbul today, Turkish Airlines announced its partnership with Batman v Superman, and they shared a trailer that includes a quick new scene with Diana Prince aka Wonder Woman. WATCH.


Here are some of the highlights from the announcement:

The deal includes the use of a Boeing 777 THY plane in a pivotal scene of the film scheduled to open in March as well as broadcasting of a THY commercial starring Ben Affleck and Jesse Eisenberg who play Batman and Lex Luthor, respectively, in superhero-studded film pitting two iconic titular characters against each other. 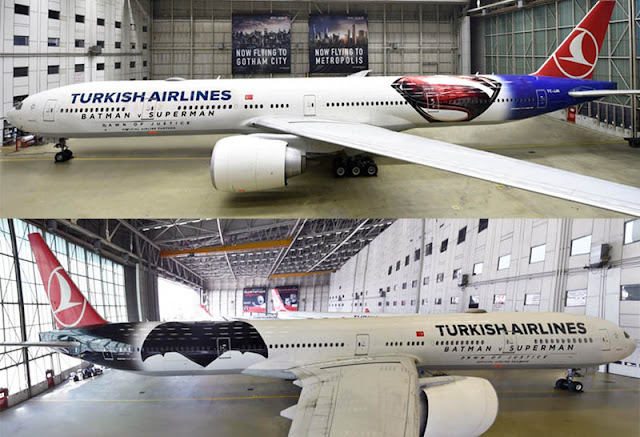 A Turkish Airlines website, which will be rolled out in March, will offer visitors a chance of virtual tour of the two cities of the Batman and Superman universes. 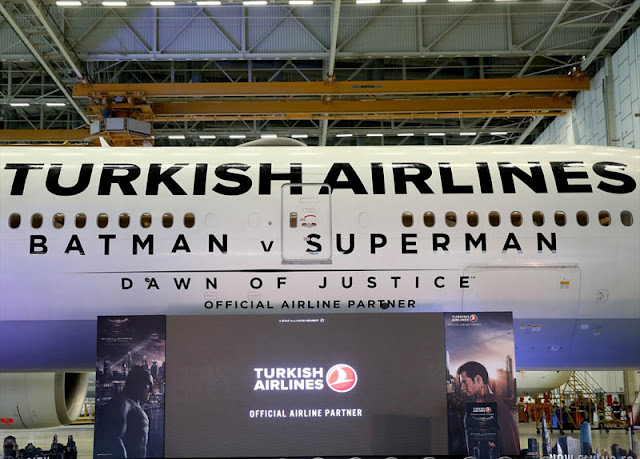 For THY passengers, the sponsorship means travel kits with slippers, headphones and other in-flight items fitting to the film's theme, as well as new interior designs with figures from the film for flights to the United States. Passengers will also be eligible to attend the Los Angeles premiere of the film if they win a contest on their film knowledge.


Fan pictures began showing up on social media before the big news broke, and you know we're aching to get on one of these flights!

Look for the latest details on this promotion, as new information is released.