Hello Man of Steel: Henry Hangs Out With Fans In Detroit 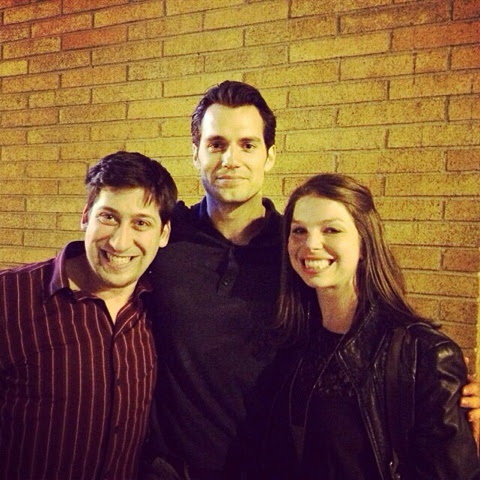 Sarah (Smosseller on IG) met Henry in Detroit last night and had this to say: "Oh you know, just hanging out in Detroit... WITH SUPERMAN! #Superman #GeekingOut

And the pics kept coming! 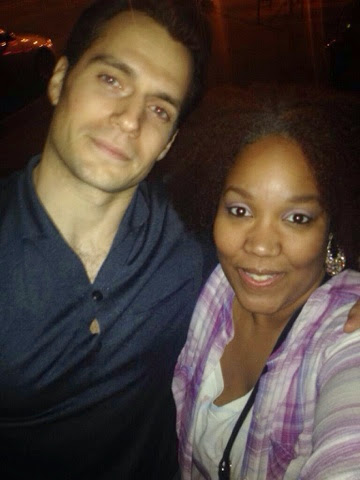 We LOVE Jamma's pic. Not jealous. Not at all. To which she replied..

@HenryCavillNews Aww thanks! I screamed all the way home from the bar lol
— Jamma (@MyNameIsJamma) May 24, 2014 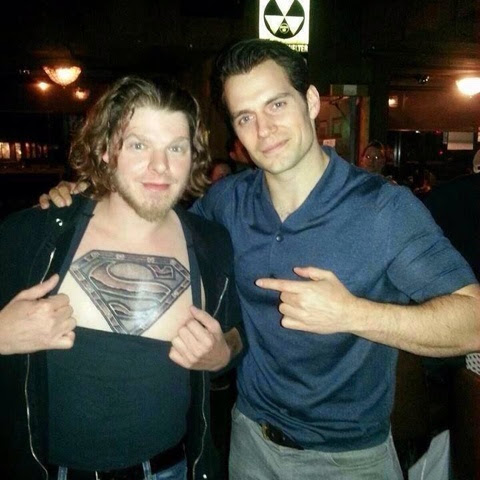 Shelby Stout impressed us with the "S" on his chest. Now that's a true fan! and you agreed with us. 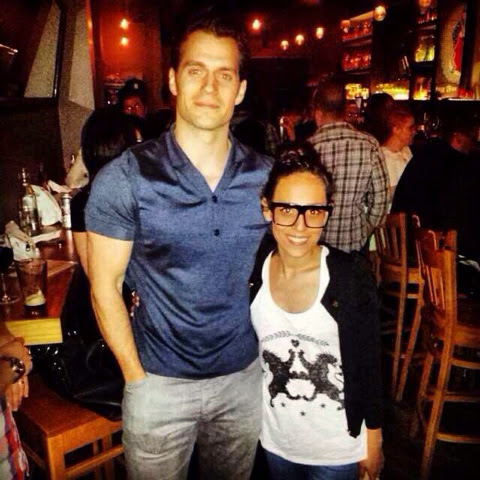 The wife and I ran into Superman last night. He was cool as hell. Im a bigger fan now.#Superman #ManofSteel 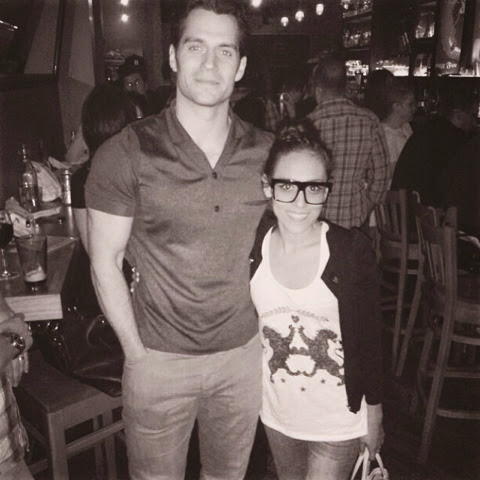 His wife @anaidgmc, shared the full photo in black and white. She had this to say:

What a great surprise last night can't believe I met Henry Cavill he was so sweet, he even took a pic of my husband and I with his phone, thank you superman you rock #henrycavill #superman#awesome 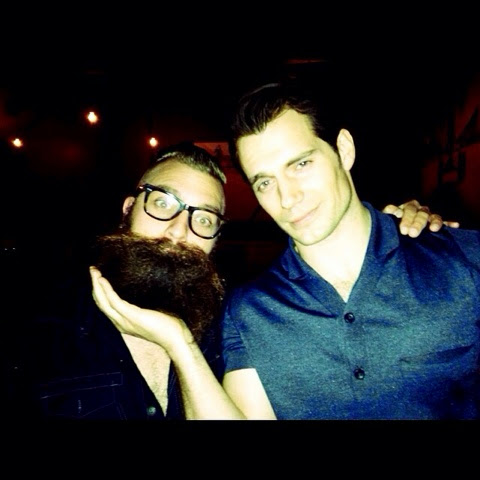 But this is by far our favorite pic of the night, we are SO GLAD to see these two reconnected: the napkin misunderstanding guy! - @AndreaMM who was also there the last time, snapped this awesome photo and the one below. 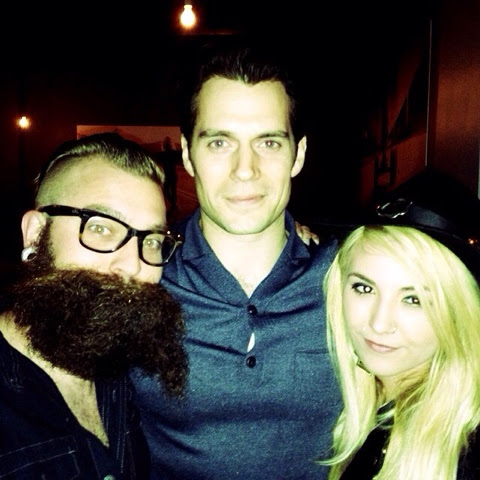 And of course all of you guys noticed this..

@HenryCavillNews @RawanZubaid @smosseller Yeah! I love him because ot that too: the way he deals with his fans. He's so nice, and friendly!
— Lúcia Romeiro (@Lucialena) May 24, 2014 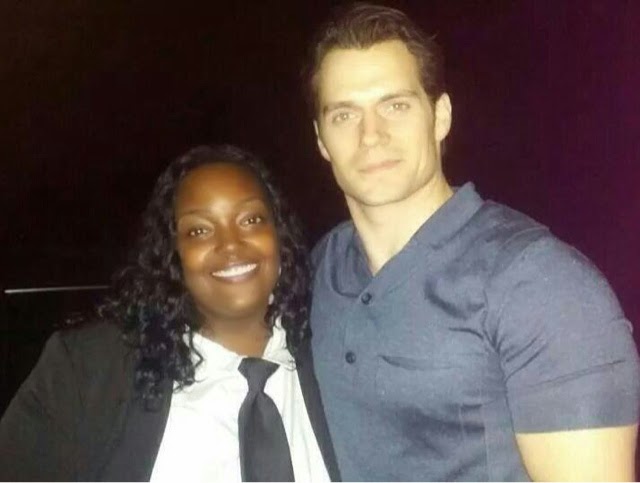 
Thanks for sharing everyone. Just this week we got confirmation that Batman v Superman has begun filming in Detroit, but we have yet to see Superman on set. Stay tuned for updates!
Posted by Blog Administrator